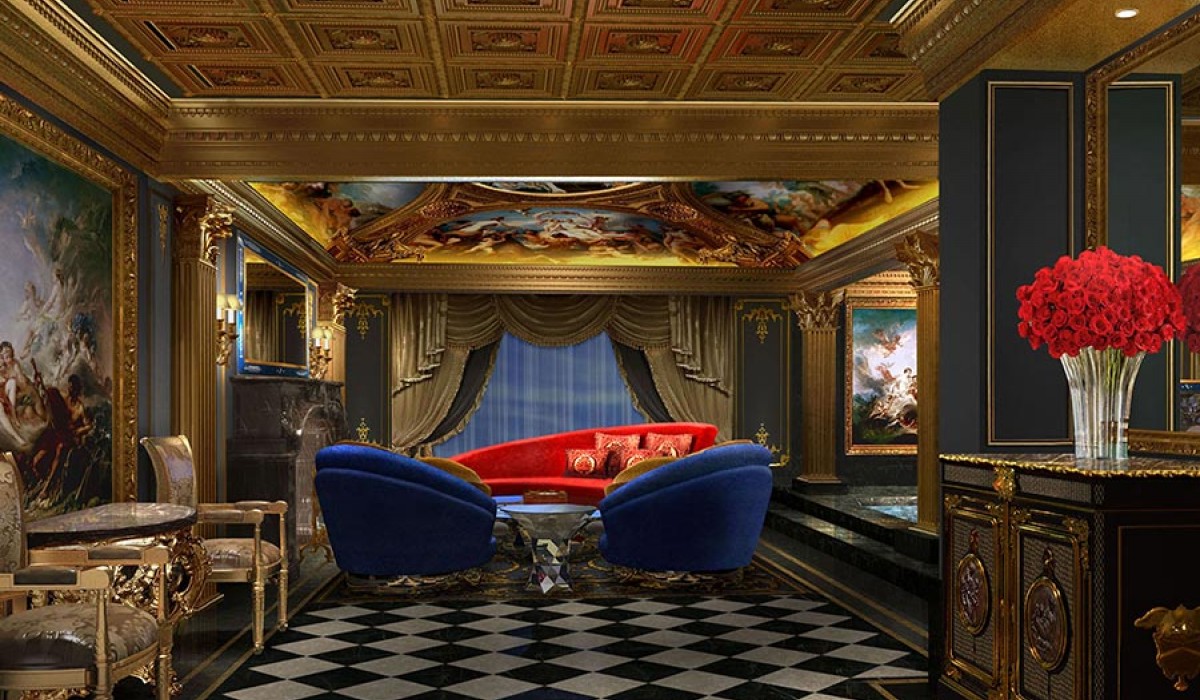 The most luxurious hotel in the world to open in Macau

The 13 is going to be one of the most luxurious destination in the world. Located in the gambling hub of Cotai, Macau, in China, it is expected to open in early 2017 as one of the most expensive hotels ever built. Inspired by French Royal Baroque, the hotel includes 200 palatial multi-level villas, all guests access their villas via elevators which open directly into the villa’s private elevator lobby, like a New York style penthouse. Every villa is supported by 24-hour butler service. For the shopping, an invitation-only L’Atelier offers couture, bespoke and limited edition products from selected major luxury brands. The hotel also houses five restaurants and bar, among them the only branch of L’Ambroisie, the legendary Paris institution of Michelin 3-star haute cuisine. The Roman Bath covered by a retractable marble floor The living room of the suites One of the bedrooms, featuring a king-size, velvet-canopied bed with a carved and gilded Baroque headboard in royal tradition