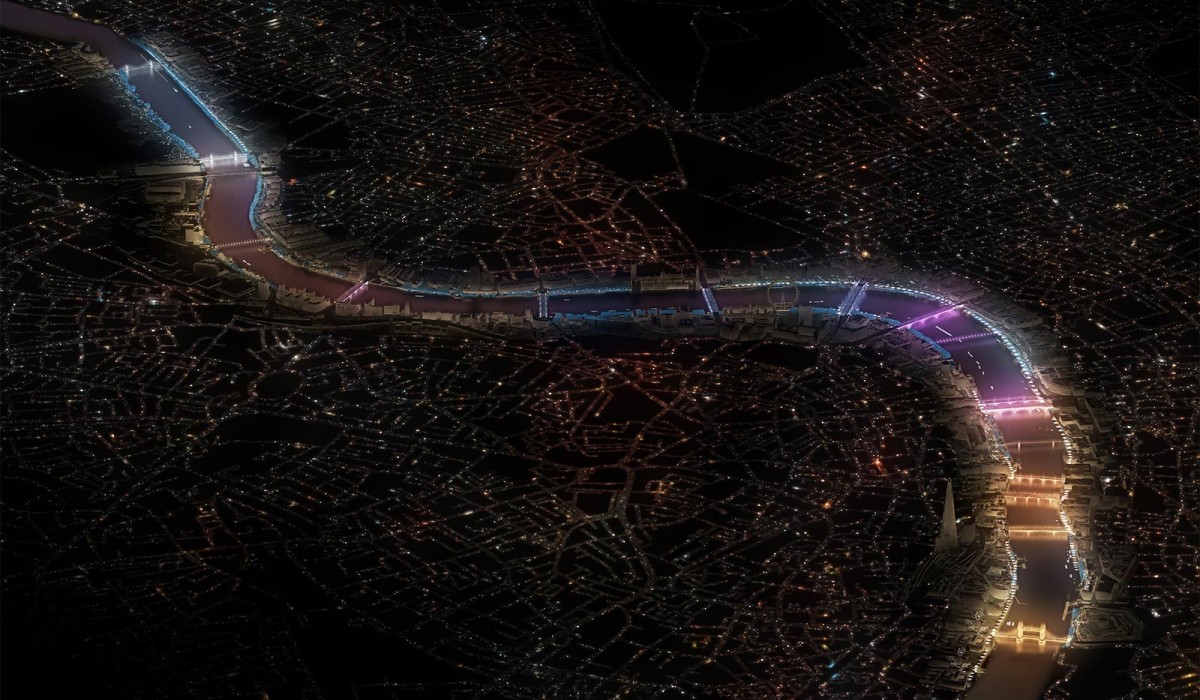 Illuminated River is an art plan, which will light the span of the Thames. It features six visions of how the River and its bridges might be transformed after dark. Six teams have been shortlisted following an international design competition run by The Illuminated River Foundation and the Mayor of London, creating a concept design for lighting four individual bridges (Chelsea, London, Waterloo and Westminster) and an overarching masterplan for the main road, rail and pedestrian bridges between Albert and Tower. All the projects are now shown on a free exhibition running till 19th November 2016 on Levels 3 & 4 of the Royal Festival Hall in London.