The Rarest Gems in the World

From red diamonds to zultanite. A journey around the world discovering today’s most fascinating gems in terms of beauty and rarity

Rubies, sapphires and emeralds have always been associated with wealth and power, but the world of gems doesn’t stop here. Actually, it is much more complex and wide-ranging than one might think that is constantly evolving. By taking a closer look at this world, we’ve discovered the existence of gorgeous precious stones that are unusual, with stories behind them that are equally fascinating. Loredana Prosperi, manager of the IGI gem laboratory, tells us about five of the rarest gems today. They can only be found in one or two mines in the world, and some are priceless. 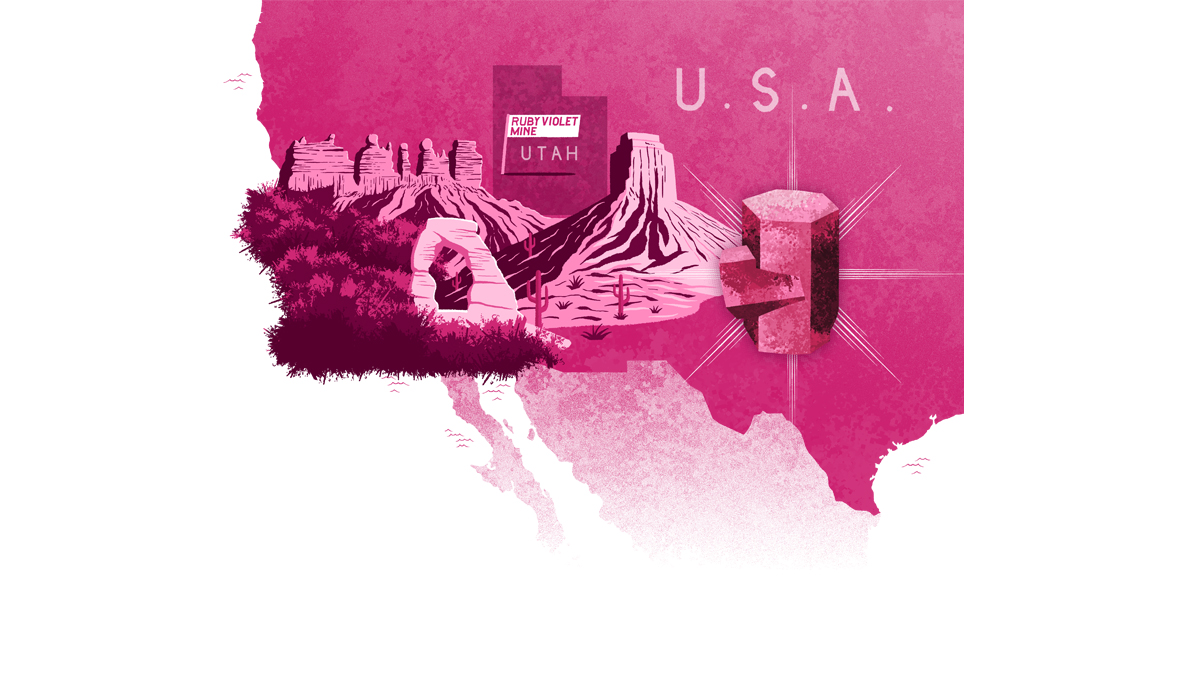 There is only one place in the world where the red beryl is transformed into a gem, and that is the Ruby Violet mine in the Wah Wah Mountains in Beaver County, Utah. We could say it is the gem of the 20th Century. It was discovered by chance by Lamar Hodges in 1958, while he was prospecting for uranium, and the mine has been used intermittently up to today. Unlike the many other groups of beryls, the red beryl is the result of its emplacement in rhyolite. Small crystals, just a few centimeters in size, form in the cracks, but only about 10% can be defined as gems. Though the largest faceted red beryl weighs 4.5 carats, these types of stones rarely grow larger than 0.20 carats. 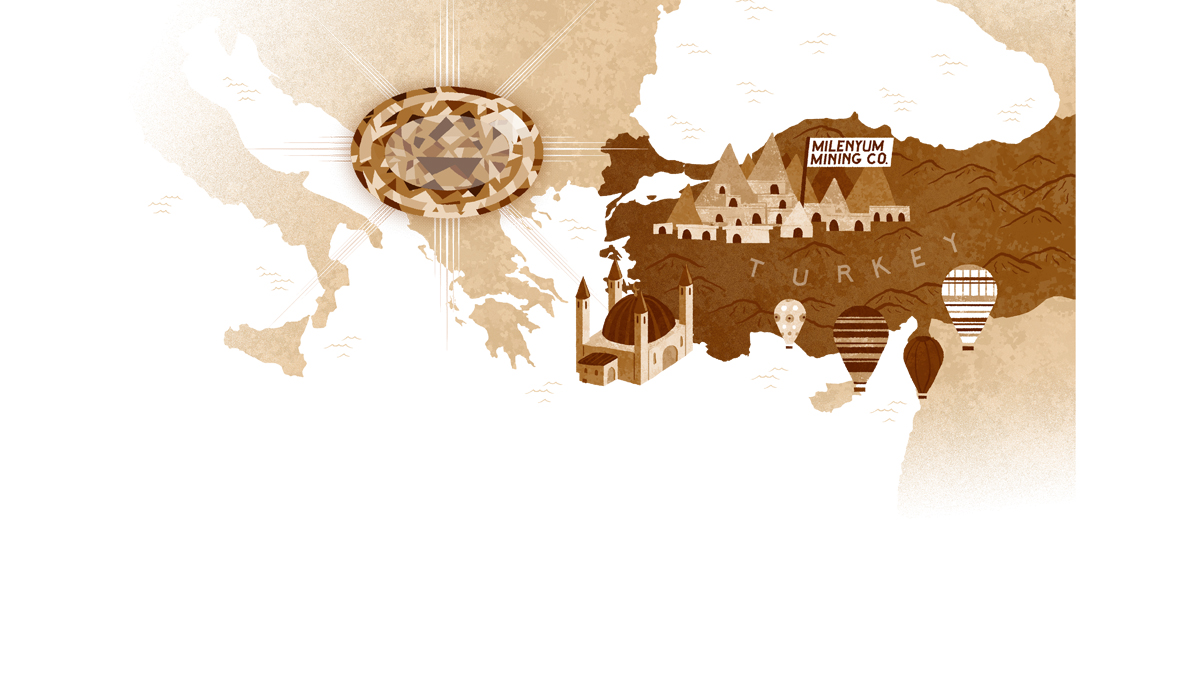 DELIGHT OF THE SULTAN

Those who travel to Turkey will almost certainly come across a zultanite. It has been famous since the 1970s for its extraordinary brilliance and its changing hues, depending on the light. Its nuances can range from kiwi green to orange-pink, all the way delicate yellow depending on whether the gem is seen outside, under a neon light or in the light of a flickering candle during a romantic dinner. As the name would suggest, zultanite pays homage to Ottoman sultans and their magnificent empire. There is only one mine in the world where it can be found in its gem form, and that is in Turkey’s Anatolian Mountains. Because it splits apart quite easily, this gem is a true challenge for cutters who, regardless of their skill, are rarely able to use more than 10% of the weight of the original raw stone. 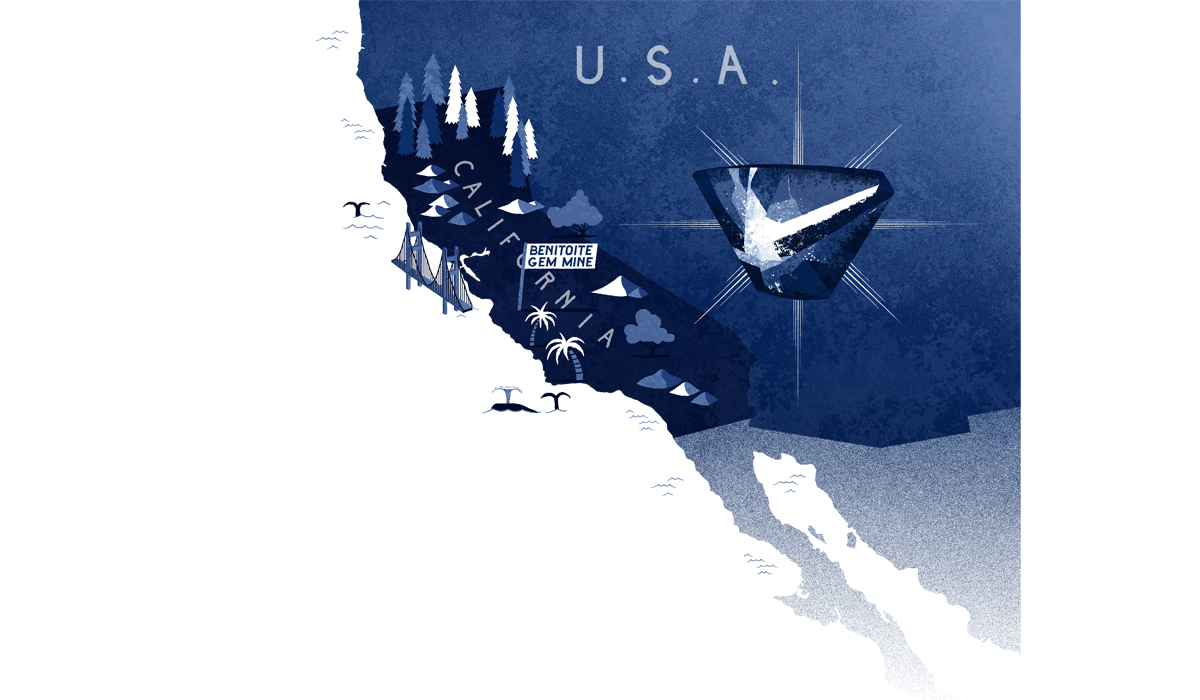 There are at least nine places in the world where benitoite can be found, but the only place that produces gem-worthy ones is the first one that was discovered, back in 1907: the Benitoite Gem mine near San Benito, California. Initially, it was  mistaken for a sapphire and then a spinel. Finally, it was identified as a new type of mineral by geologist George Louderback from the University of California. He named it benitoite in honor of the city near where it was found. Given how rare it is, this stone is sought after by collectors thanks to its delicate blue nuances. Currently, there isn’t much of a market for it in jewelry - at least for now. 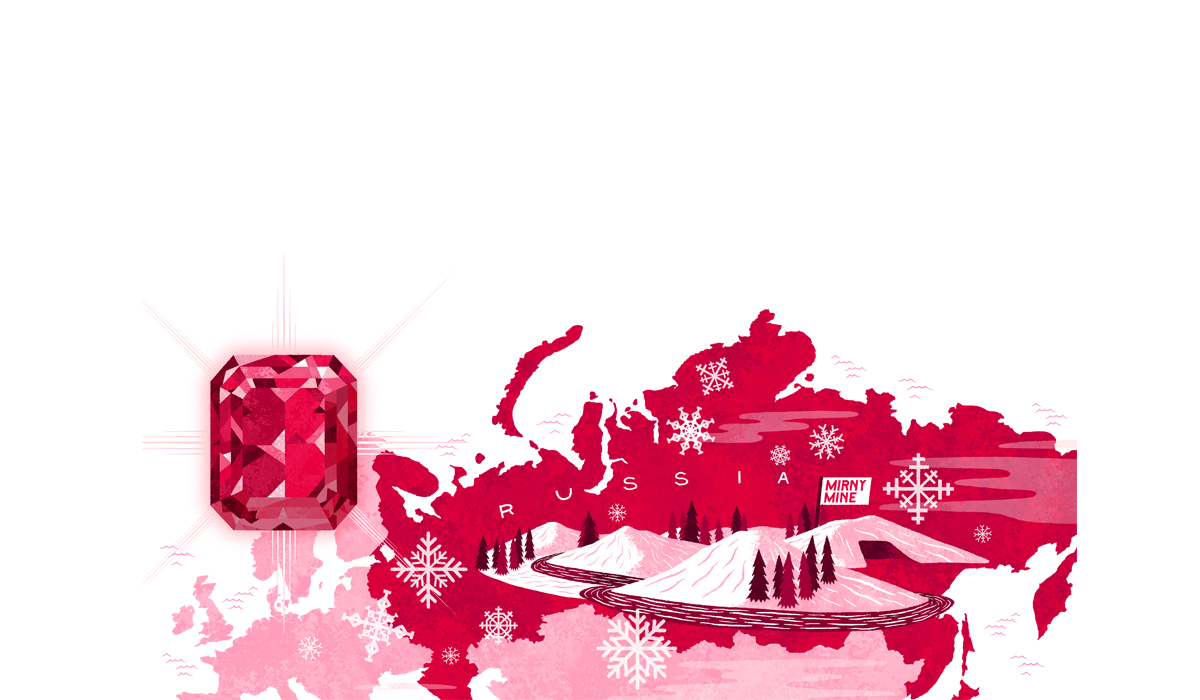 THE RAREST OF ALL

Of all colors that diamonds come in, red is the rarest. A gem laboratory, which analyzes a great number of stones, may not have the privilege of analyzing one for decades. The allure of this gem, which can be found in the Mirny mine in Siberia and the Argyle mine in Australia, is the result of natural phenomena that are still somewhat mysterious. Though much research has been carried out, it is unclear what leads to this characteristic red color. The Hancock Red diamond is one of the most famous, boasting 0.95 carats of absolute beauty and rarity. It was auctioned off by Christie’s in New York in 1987 for what was an incredible amount – $880,000 – at the time. This was eight times more than presale estimates. The excitement around this event, which was seen as the beginning of the colored-diamond trend that caught on with Hollywood stars, also captured the attention of the public in general due to the fact that these gems are so fascinating and rare. And the excitement has never waned. 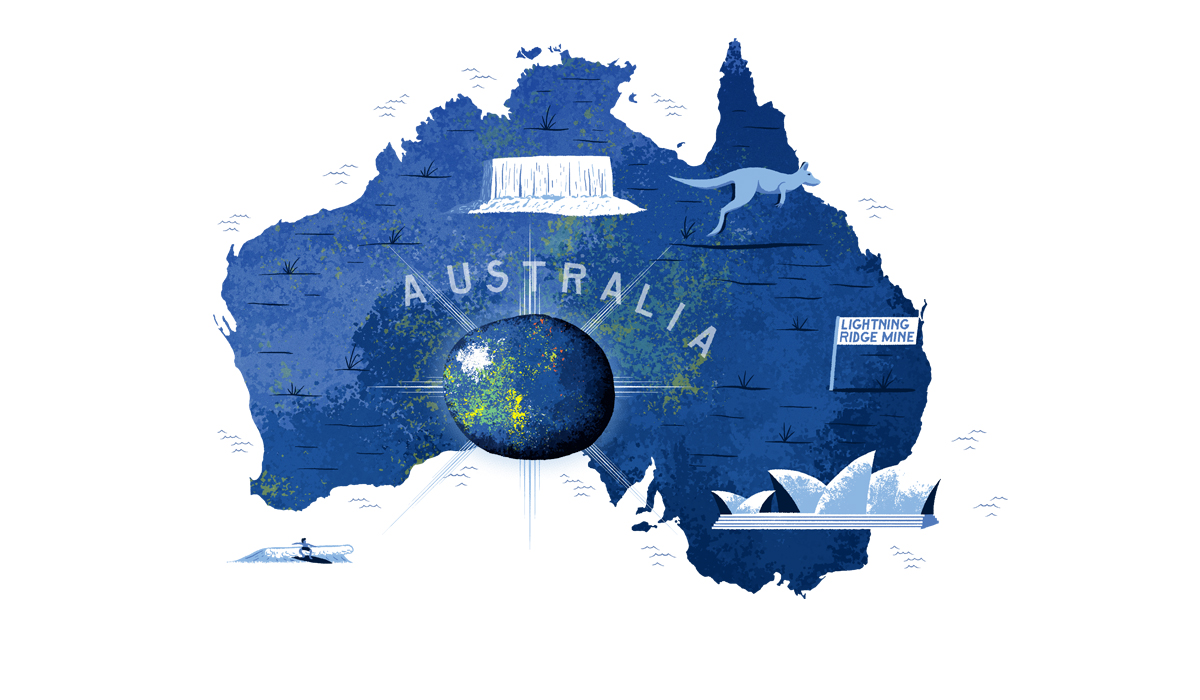 THE GIFT OF WATER AND FIRE

Until it was discovered in 1880, in the Lightning Ridge mine in Australia, nobody would have imagined that there was such a thing as a black opal, which immediately became something precious and sought after. Actually, black makes for a perfect base, allowing the interplay of colors to be best represented. Everyone agrees that opals, in order to be classified as such, must spend a long time in contact with rainwater as well as with rocks rich in silica, such as volcanic rock or ancient sedimentary rock. It is not unusual to find dinosaur fossils, shells and other sea organisms that have been completely taken over by the opal as a sort of ultra-colorful mold. Because they are so rare and precious, black opals are sold by the piece and not by the carat. Their bizarre shapes often serve as inspiration for fine-jewelry pieces.