Between Art and Valenza Goldsmith Tradition

Lia Lenti is one of the curators of “Fragile beauty. Art and contemporary goldsmithing.” The new book, edited by Silvana Editoriale, which will be in the bookshops very shortly, tells the story of a lengthy, two-year artistic journey through a series of exhibitions organized in and around Valenza and of original collaborations between artists and the area’s historical jewelry companies. In this interview, the art and jewelry historian explains the various aspects of the book, an enormously interesting publication for the world of contemporary jewelry.

The book “Fragile beauty. Art and contemporary goldsmithing”, which will be in the bookshops very shortly, tells the story of a long artistic journey. What are the most relevant aspects that have emerged from this project?
Valenza is a district that has been producing jewelry for almost two centuries and, in this very long time, many experiences and skills have been accumulated, including the ability to dialog with the world of art.  Since the 1950s, this collaboration has been practiced with a certain diligence and the jewelry world has built a relationship with the arts, trying to interpret them within the field of   precious ornaments. One of the aims of the Fragile Beauty project, organized by myself and Domenico Maria Papa, was to try to rekindle this collaboration. Or rather, seeing that we are speaking of gold, to rekindle the fusion between thought and artistic production and thought and artisan production, not only by re-tracing the historical reasons but also by projecting it into contemporaneity. This fusion led to creating ten unprecedented works together with the book that, at the beginning of this journey, was meant to be the catalog of an exhibition scheduled for spring 2020 which, due to Covid-19, did not go ahead, and so the catalog became the story of this experience. Hence, documenting the creative process and the interaction between the artists, who, in our case, were approaching the jewelry world for the first time, and the manufacturing and artisan companies, seemed to be a unique opportunity.

What was collaborating in the organization of the “Fragile Beauty” exhibition and this publication, which tells the story, like?
Valenza produces jewelry and in doing so, produces beauty. An ability recognized the world over but one that, in particular historical moments such as the current one, might be considered as superfluous and, therefore, fragile. In reality, it is exactly due to these moments that such ability is necessary. From the very start, Fragile beauty, the project I was called upon to collaborate in, was promoted by Valenza Council which, for several years now, has been committed not only to enhancing the district’s history, but also to creating broader cultural projects in order to encourage the cross-media communication of jewelry.  In fact, Fragile Beauty includes various moments besides the creation of the ten items and the publication of this book. The project began in 2019 with the exhibition Memory and territory dedicated to four Valenza-born artists: Ezio Campese, Saverio Cavalli, Laura Rivalta and Paolo Spalla, each from different generations and the wielders of different interpretations of gold influenced by the aesthetic demands of their respective times. Their work features a concept of change, of the unusual and, therefore, of fragile beauty and is an important part of the history of a territory since it offers food for thought on the importance of creation and the power of transformation.

Such a complex project required close collaboration and arduous organization and it was only due to the team of people that was forged that the project was completed in this extremely complicated and difficult year.

In your opening text in the book, you speak about the comparison between the art and craftsmanship of the last 50 years in the gold district of Valenza, demonstrating the effective possibility of combining “language” and “professions” with the “reasons” of industry. How do you foresee the future of this type of aesthetic research?
Nowadays, research in the jewelry sector is a reality and experimenting new contents, languages, materials and production processes is no longer seen as denying or overturning the codes but rather as greater freedom to study the jewelry object and an increase in its potential to communicate. However, all this implies a leap in cultural quality that the millennial generation is ready to make: they are enormously curious about combining artisan skills with technology, which is no longer an element to acquire but a rather an inherent fact.  The jewelry world, which often, for a series of reasons, looks more towards the past than the future and thus risks falling into self-reference, should embrace the idea of a generational revolution, passionately and generously open its “armored” doors and invest in the new generations and their way of seeing the world.

You also affirm that the confrontation between artists, master goldsmiths and designers, while desirable, can be complicated. Why?
Learning the practice is a fundamental component of artistic education, as is the design part. Obviously, both artist and designer must have a deep knowledge of their expressive tools, although where that knowledge reaches a limit, they have to turn to experts to do the work on their behalf. This task, however, is not purely a mechanical action but requires an interpretive capacity that, as happens with translating a text, involves understanding the content and respecting a style. But, keeping within the literary metaphor, from my point of view, in order for a good translation to become a real work of art, there must be a spark, an intangible, spur-of-the-moment element that can be absolutely measured in qualitative terms in order to complete the work. This spark can be an elective affinity or a type of falling in love. It might be restricted to one single moment or endure and become ever-stronger over time. It might even become a dangerous liaison or never even ignite.

Can you tell us about the artists and companies involved in the project?
There are a large number of companies within the Valenza gold district and each one has its own story and “personality”. As in the past, some of these have now spontaneously welcomed the invitation to collaborate. They have explained their reason for adhering to the project in published interviews. We asked the artists the same question and this moment of comparison, which also implies reflecting on the concept of Fragile beauty, can be found in the book through Ilari Giuliano’s transcription as well as heard in the clips filmed by Walter Zollino, accessible through QR Codes. The artists and companies involved in this collaborative work are: Elizabeth Aro / Vendorafa Lombardi, Güler Ates / Crivelli, Enrica Borghi / Margherita Burgener, Antonio De Luca / Ofir, Paolo Delle Monache / Villa Pedemonte Atelier (VPA), Mario Fallini / Leo Pizzo, Fukushi Ito / Il Diamante, Project-To / Gioj, Alice Zanin / Ceva Gioielli and lastly, Carlo Galfione who worked with the students and teachers at the “Vincenzo Melchiorre” Scuola Orafa For.Al goldsmith school.

Their efforts in completing the work, despite the difficult months, were immeasurable and this is why it was decided to organize a virtual exhibition of the works, staged at Saint Bartholomew’s Oratory in Valenza, which will be available for viewing on the www.archiviorafivalenza.it portal as of 21st December.

Jewelry production and contemporary art: how important is keeping this dialog alive today?
For a while now, Made in Italy has changed from product to concept and, as such, the content needs to be nurtured. Nowadays, however, the future for those who produce Made in Italy is really uncertain and the dialog between art and contemporary jewelry could become that added value that makes the difference, where words like interaction and contamination are not just “new words” but actually become a way of thinking and behaving. Artists with their farsightedness and open arms, who have always harbored humanity, are not just soul-restorers but also formidable code breakers of signs and signals that other eyes do not see and are, therefore, extremely useful travel companions.

How are the ancient Japanese practice of Kintsugi and the “Fragile beauty. Art and contemporary goldsmithing” book connected?
The ancient Japanese technique of kintsugi involves repairing everyday items using gold. It is painstaking reassembly work that transforms the broken item into a unique piece, therefore making it even more precious. The quality of the result is directly proportional to the skill in putting the fragments back together to make a whole and part of the effect is obtained through the irregular and shiny gold “stitching” that acts as the glue. I have seen this in Valenza: a city that has been producing precious jewelry for a very long time, that has already experienced extremely difficult historical moments in the past, and which, still today, in retrieving its ability to give shape to beauty, is managing to reclaim its strength and identity.
Share this article: 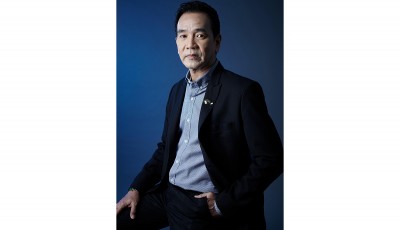 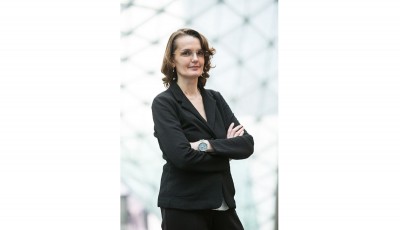 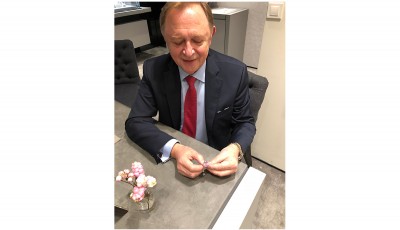 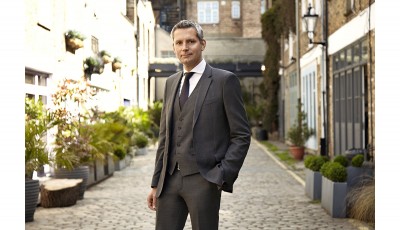 In Conversation With Scott Thomson