Three the pillars of the Kering's group to embrace actuality: Care, Collaborate and Create

For two years now, the Kering Group has been the most sustainable company in the Textile, Apparel and Luxury Goods category, according to the Global 100 Index 2019, the ranking drafted by Corporate Knights based on company performances in the field of eco-sustainability. The group, led by François-Henri Pinault, runner-up in the general 2019 category to the Danish food company, Chr. Hansen Holding, demonstrates its leadership in many aspects including the capacity to be the most virtuous in terms of clean revenue, that is, the factor aimed at measuring percentage earnings deriving from products or services that contribute to well-defined environmental or social benefits. A best practice that the group, which includes companies of such caliber as Gucci, Balenciaga, Bottega Veneta, Boucheron, Pomellato, Qeelin and Dodo, holds in maximum consideration and promotes with a series of international initiatives. Having filed away the first nine months with a turnover of 11,523 billion Euros (+17.2% at current exchange rates), Kering has made the commitment to social and green strategies its distinctive characteristic, as its Ceo explained. «We are re-designing our activities in order to continue to stimulate and increase sustainability in the future, contributing at the same time, to transforming the luxury sector and giving our support in order to beat the important social and environmental challenges of our times.» A determined path that started from afar. In fact, already back in 1996, the group had equipped itself with a Charter of Ethics, later replaced in 2005 by a Code of Ethics and subsequent amendments. Commitment and responsibility thus became fundamental allies in the development of luxury brands and in interaction with markets and the new generations, who are becoming increasingly more sensitive to themes of equality, sustainability and social respect. In this context, the luxury industry now stands at the fore in terms of decoding the need for precise guidelines and, in 2012, the French group nominated Marie-Claire Daveu as Chief Sustainability Officer and Head of International Institutional Affairs, tasked with developing a sustainability strategy in its widest sense and managing the group’s institutional affairs. A role that meets the expectations of investors, who see sustainability as a key asset, one that is proving to be crucial in a company’s transition towards a new economic reality where competition and sustainability are inseparable. «Kering’s approach is important and derives from François-Henri Pinaul, President and Ceo, who is strongly convinced that sustainability is a necessity, an opportunity for leadership and makes good business sense,» Daveu explained. «Sustainability is the only way to respond to the main problems of our century and Kering has placed it in the center of its strategy: as a luxury player, we play a crucial role, given that we set fashion trends, we are responsible for changing our business models and involving other industries. Sustainability is not a tantrum but more of a constant commitment that involves the entire supply chain. In this direction, in January 2017, we opened a second chapter of our journey towards sustainability, with a timeline set at 2025 and 3 main pillars: Care, Collaborate and Create. Three pillars that embrace actuality. Hence, the first concerns the commitment to reduce the impact of our EP&L- environmental profit and loss account – our environmental footprint, by 40%; greenhouse gas emissions by 50% and animal welfare must be a priority. The second point of the protocol, however, is entirely dedicated to people and includes everything that regards gender equality, equal pay, maintaining artisan traditions and ensuring the highest standards of work by sharing best practices along the entire supply chain. Last but not least, the Create chapter regards innovation: the creation of an MIL-Material innovation Lab for watches and jewelry; the development of alternative sources and materials; investment in start-ups; the education of tomorrow’s players. This 2025 strategy is ambitious and is helping to redefine our business and also to establish higher sustainability rules in the luxury sector,» the CSO continued. «In 2018, we formalized and published the rules relating to raw materials and production processes, which act as guidelines for Kering suppliers. Then last year, we presented the animal welfare regulations.» And what are the main challenges for the luxury world today? «For the fashion industry in general, the main challenges are: speeding up the rhythm of change, working together (more coalitions) and activating / increasing breakthrough innovations» Daveu concluded.
Share this article:
jewelry Kering Group luxury Marie-Claire Daveau VO+ 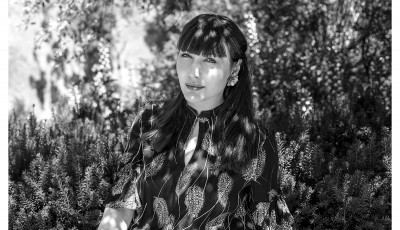