Geneva and the New Luxury Dimension

“Collectively”. An adverb that played a fundamental role in Rolex, Patek Philippe, Chanel, Chopard and Tudor’s historical decision to abandon Baselworld and create a new Show in Geneva. In fact, the official press release published on 14th April last, reported that one of the main reasons that led the top brands to desertion was the need to “better and collectively defend the values of fine Swiss watchmaking” faced with a market that, in recent years, even prior to the Covid-19 crisis, had undergone profound changes. Together, then, and towards new horizons, Rolex & Co will set sail, with the firm hand of Foundation de la Haute Horlogerie at the helm, an institution based in Geneva where It already organizes the Watches and Wonders event. Part of this important institution is Ugo Pancani, Professor of Horology, Mechanics and Electronics, as well as a member of the 21-strong commission of “ambassador” teachers that FHH created some time ago to disseminate the know-how and values of fine Swiss watchmaking around the world. Last January, he was one of the speakers in the talks at the first edition of VO Vintage in Vicenza and so we asked him for a comment on this shock news and, above all, a preview of the first Geneva Show to be held in April 2021. «April 14th is now a milestone in the history of contemporary watchmaking. Some brands, like Rolex and Patek, had been exhibiting in Basel since the 1930s and to abandon it definitively can’t have been an easy decision. But the press release speaks clearly: the intention to cancel the 2020 edition and postpone it until January 2021 was unilateral, taken practically alone by MCH Group (the Baselworld organizer), without consulting any of the exhibitors whatsoever, including the top players, and this is something that is absolutely against the innate nature of those who deal in fine, Swiss Made horology. The idea of acting together and collaborate even, and above all, in difficult moments, has always been a cornerstone common to all the big brands, and there are many episodes in the twentieth century that demonstrate it. In the ‘70s, with the arrival of the quartz watch onto the market which, up until then, had only been produced in Asia and whose potential had been underestimated, 60% of Swiss companies were forced to close within a short time. It was traumatic, an occurrence that urged big names like Patek, IWC, Omega, Ulysse Nardin, Bulova etc… to create a Swiss electronic center to generate the Beta 21, the first quartz watch to be produced across the Alps. More importantly, it resulted in companies which, up until then, had been rivals, collaborating and sharing know-how.  And that’s not all. Thanks to the intervention of Nicolas Hayek, founder of Swatch Group, the entire sector of small components companies, which risked being annihilated, was saved. These are just some examples of how, in the recent past, the big names in fine watchmaking have been able to systematize in order to save the industry and, upstream, the values that have always characterized it. Crisis was already in the air a few editions of Baselworld ago and too many questions still remained unsolved. The press release also mentioned a lack of trust in the organizers and this is extremely serious. The money for the cancelled 2020 edition will not even be reimbursed, another point that has raised criticism and delusion, leading to the final act that we all know. We would add that, as Thierry Stern, President of Patek Philippe pointed out, the Baselworld context was no longer suitable for hospitality, for welcoming VIP guests, for example, neither was it the right setting to demonstrate the company’s savoir-faire».
So, we have spoken of what was. Now tell us something about this new Fine Watchmaking Show? «I feel very proud that these big brands have asked the Fondation to organize the new Show because, at the root of everything, is the desire to do business together and, first and foremost, face the recent problems and build the future. And all in Geneva, the ideal cradle for fine watchmaking, whose hallmark has always been a guarantee. Jerome Lambert. President of FHH, said that he is particularly pleased about this new adventure, especially since, until recently, Rolex and Patek were only considered as “Perimeter Brands”, not Partners, like the others. A specific sector of FHH is already constructing the project while we at the Academy, are putting together some ideas on how to interact with the public at the Palasport Center. At the Watches & Wonders exhibition, the last show we organized in January 2019, we already achieved enormous dynamism from this point of view: we had conference rooms with seating for more than 300 people; the main players in the industry staged various conferences, demonstrating considerable willingness not only to exhibit their products but also to transmit ideas, and, together with the Academy, we organized assembly and dismantling courses. We will, of course, be implementing these introduction and know-how activities. Also, in the wake of the experience that we are gaining during these days of manufacturing closure, we have re-organized all our training courses on an on-line platform, which is a new entry that we were not yet ready for but which has enormous potential, so much so that we have decided to continue holding them in the future. In a certain sense, it is as if luxury has found a new dimension. And this too will be one of the challenges we will be facing next year, at the first Geneva Show».
Share this article:
Ginevra jewelry luxury Ugo Pancani VO+ 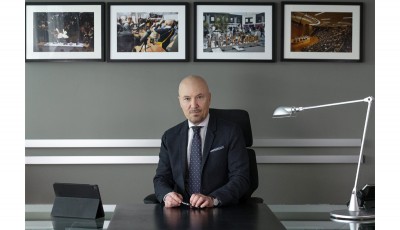 The New Way of Doing Biz 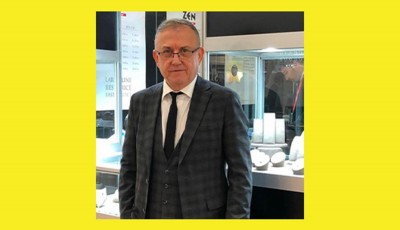 THE TALK: New Methods to Ease the Trade

THE TALK: The Power of a Jewel 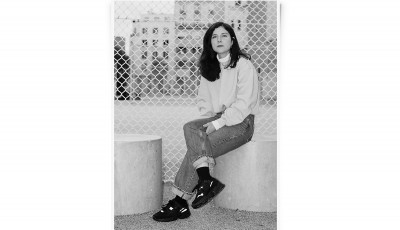