THE TALK: Verga Re-Starts from the Local Customer

The vision of Umberto Verga, President of Luigi Verga, is full of hope and optimism, as he sees this extreme experience as a chance to reflect on our daily habits

I want to be positive and, as an initial input on the extreme situation we are experiencing, I would like to report the words of a colleague in Hong Kong: it seems that, in the last week, since stores re-opened, the turnover was that of an entire month. My opinion, then, is that, once this dramatic quarantine chapter is over, let’s say, towards the end of April – unfortunately, I think that the date of 3 April set in the decree, is a deadline that will be prolonged – everything will re-start very quickly, even faster than we can imagine at the moment. I don’t think our way of doing business will change because the luxury sector follows out-of-the-ordinary routes and will certainly not be attacked by this type of crisis. However, I think that retailers will be more attentive to favouring local customers. It is the hard lesson that this desperate experience is teaching us: look more to those nearby rather than wait and wish for something from afar. If, in fact, it was the foreigner who was considered as the new “eldorado”, brought here by an extreme and total globalization, after the crisis, this will no longer be the case. On the contrary, also because it will not be so easy to travel for one or two years. The coronavirus will definitely leave us with new habits, let’s say, in terms of respect for others and hygiene: in stores, it will be normal to wear masks or offer the customer hand sanitizer after a handshake. In short, we will pay more attention to inter-personal behavior.

My real concern, at least the initial one, is not the lost turnover. Of course, we have to account for a total block of at least two months’ takings, which I hope we can recoup in August, as long as the cities do not empty. The lack of Rolex or Patek Philippe sales is not what worries me. What will be felt is the impoverishment of some sectors, the first price ones, like, for example, the catering industry, hotels, clothing, which are particularly suffering and that, for sure, will also mean fewer customers for us. For example, the taxi-driver who, in these two months, has not even had a fare, will never recoup it and, obviously, will have to go without a purchase, perhaps that watch he has had his eyes on for ages. Despite everything, we are optimists, we must be! A “positive” effect will be that, finally, at least this is my experience, inter-personal relationships will change because we are beginning to understand what it means not to have simple contact with each other and this is something we were not ready for. Now some simple things that we were used to are missing as a result of globalization.

In these days, in the few moments that I grant myself a walk with my dog, I look at my Milan, empty and silent, and I ask myself why we have never investigated into how to avoid numerous deaths due to asthma, pneumonia or tumors caused by pollution. This forced lockdown has considerably improved the air in our cities and this has made me think: a little effort from each of us, the art of managing by ourselves, of being obliged to do without something, is benefitting everyone. Who knows, perhaps this extremization will make us stop and think from now on and, by giving up just one of our habits or commodities, we can do something good for everyone.

A recipe for coming out of the tunnel?  Banks should be the first to do their duty. They must help the small entrepreneurs who will find things difficult immediately. If this does not happen, these people will not be able to re-start and a whole sector of consumers, and businessmen, will disappear. The Cura Italia decree is definitely not enough. After the initial confusion and lack of real decision-making in taking strong initiatives, I must say that the Government has been able to manage the situation, reacting quite quickly with some very unpopular provisions, but, from an economic point of view, further courage is needed. And Europe has lost a great chance to show that it is united and strong.

THE TALK: Promote Made in Italy Abroad and Become Sexier

THE TALK: Preparing for Recovery 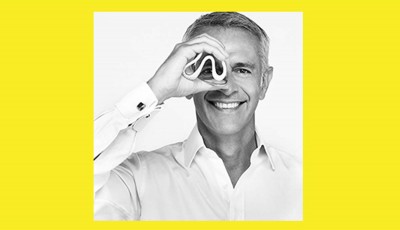 THE TALK: Re-organization and Connection 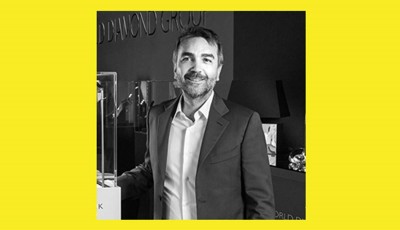