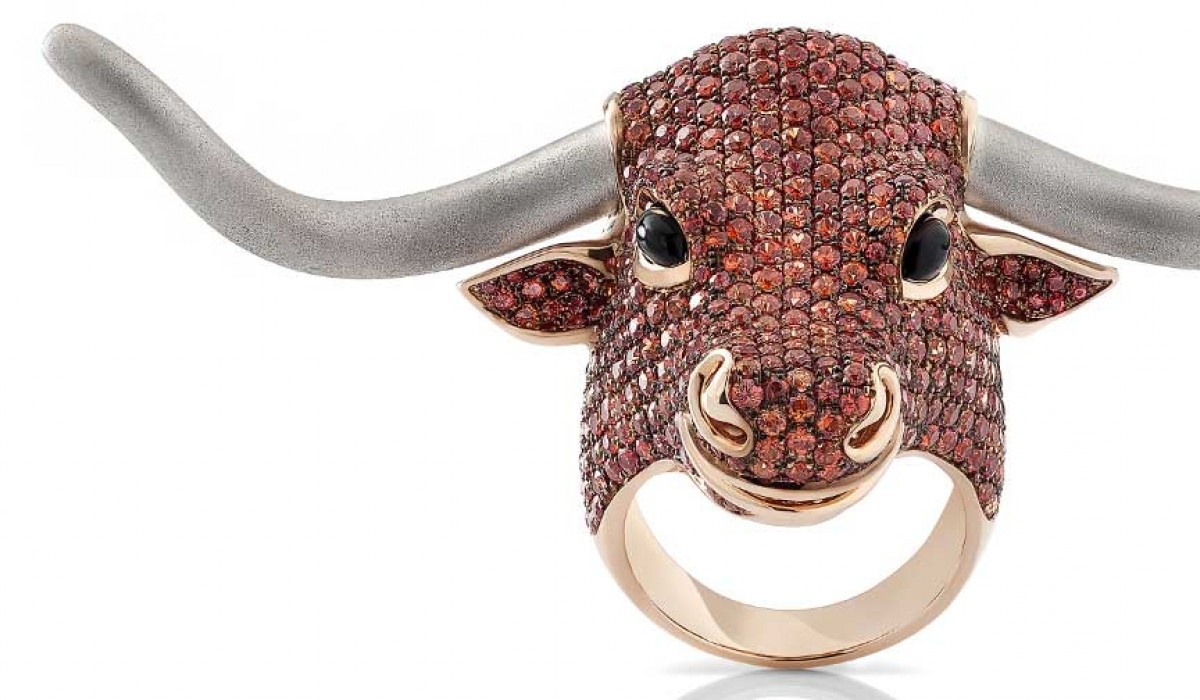 [su_highlight background="#A26741" color="#FFFFFF"]HANDICRAFT[/su_highlight] With one eye on tradition and the other on innovation, entrepreneurs in the silversmithing and goldsmithing sectors are looking to the future in search of new markets. The silversmithing  / goldsmithing district in Veneto is one of the most important in Italy and is represented by the province of Vicenza as well as the Bassano del Grappa and Trìssino areas. Vicenza, ‘the home of gold’ and Italian capital of goldsmithing and silversmithing leads the world market for Italian-made goldsmithing production. This tradition in Veneto has its roots in the ancient Paleovenetian civilisation (9th-3rd century B.C.).

The illustrious engraver Valerio Belli was well-known during the Renaissance and during the nineteenth century local goldsmithing was extremely successful. During the twentieth century the goldsmithing business in Vicenza, specialised in the production of gold chains, exported to America, Germany, France and Switzerland.

Since 1954, the city of  Palladio, an architectural pearl and Unesco World Heritage Site, has hosted the annual editions of VICENZAORO, the important international jewellery show, which, as from April 2015 will also take place in Dubai; the Jewellery Museum recently opened in the Palladian Basilica, with a stunning display of precious pieces of jewellery. 2,090 businesses operate in Vicenza’s silversmithing district, which amounts to an overall workforce of 10,148 people and export totalling 1,701 million Euros (data for 2012).

Veneto also includes Padua’s goldsmithing, which dates back to the Middle Ages. In 1983 the Padua Goldsmithing School opened, which brought together local artists and obtained notoriety in the Seventies thanks to Graziano Visintin. The city is famous for its ancient tradition of working silver which incredibly dates back to the eighth century. Even today, 45% of the national production of silver is concentrated within the Padua-Vicenza-Treviso triangle, in 2003 this sector already boasted 112 companies and 983 workers, located in central Veneto.

In the Friuli-Venezia Giulia region Gorizia stands out for its goldsmithing, its origins date back to Euganean and Venetian populations, and they are also linked to barbaric art by nomadic populations and warriors; while today, Gorizia’s contemporary goldsmithing is connected to certain workshops specialising in the ancient Renaissance technique known as ‘commesso mediceo di pietre dur (or Florentine mosaic).

Since 1964 the Chimento family has been making unique creations which showcase Italian gold. Creativity, craftsmanship and attention to detail are the brand’s distinctive characteristics.

Legend has it that the Cielo family’s love of jewellery dates back to 1270, when the poet Cielo d’Alcamo met the young Marco Polo in Venice and purchased some stones from him that he had brought back from the Far East.

D’Orica is an atypical goldsmithing workshop which produces highly-prestigious jewellery based on an ethical vision of the production process.

Gold and diamonds from Fope collections, a renowned international jewellery brand, define new canons of style within a tale which belongs to our time.

Dreamlike creations, studded with diamonds, inspired by nature, animals and heaven. The result is intense, evocative pieces of jewellery.

A multi-faceted style distinguishes this company, founded in 1977 by the brother-and-sister team Ivana and Luciano Bovo, in Trìssino, the pride and joy of the Vicenza goldsmithing district, the world capital of goldsmithing.

Sophisticated and elegant, Maison Bicego is the perfect combination of classic and contemporary design expressed through the medium of hand-engraved gold and diamond nuggets.

Muraro Lorenzo Spa was launched in 1975 thanks to the intuition and enthusiasm of Lorenzo and Ivana Muraro, who still run this Vicenza-based company today, with the pride of Italian-made products.

Widely accepted as one of the greatest Italian jeweller’s of all time, Paolo Piovan, has been producing world-famous handmade masterpieces for high jewellery for the past forty years.

This brand is inspired by modern women and designs exclusive, fine handmade jewellery in Italy.

The brand, founded in 1948, is inspired by the Italian Renaissance for the production of its jewellery, the result is a harmonious modern line of stunning pieces. Roma 1947 is a new luxury jewellery brand which wants to pay homage to the Italian dolce vita. The brand belongs to the Better Silver company, Italy’s leading silver producer.

Beauty and truth come together in Ronco, in the pursuit of creativity and authentic quality, innovation and sustainability, ability and the allure of processes carried out by hand.

Created in 1982, for the past thirty years this company has been producing and exporting fine silver jewellery all over the world.

Zancan jewellery is the result of the perfect blend of authentic artisanal techniques and continuous investment in modern, state-of-the-art technology.

There are designers and then there is Roberto Coin.  Thanks to the meticulous attention to detail, the imagination and inventiveness, his high jewellery creations are on sale at Neiman Marcus, Bloomingdale’s, Nordstrom, and Bergdorf Goodman. In 1977 in Vicenza, Roberto Coin founded the company which carries his name. Initially the business focused on production for one of the most famous brands within international high jewellery, while in 1996, the "Roberto Coin" brand was launched. Extraordinary success came quickly: already by 2000, only four years after its launch, the brand was ranked as the seventh most well-known jewellery brand in the United States. Two years later, in 2002, the brand reached third place within the international panorama and first place for Italian jeweller’s. Today the Maison boasts more than 800 points of sale throughout the world. Over the decades Roberto Coin has set the standards for the jewellery world by interpreting the style of Italian high jewellery and crafting unique, trendy pieces: necklaces, rings, pendants, earrings and bracelets, all cutting-edge and synonymous with creativity, elegance and femininity. The sheer excellence of the materials and the incredibly top-quality materials make each piece by the brand a veritable work of art, emblematic of  fine, Italian-made luxury.

Founded in 1956, it is one of the most prominent luxury brands within design and the world leader for the production of glass mosaics for prestigious internal and external decoration.

Eight single-brand spaces – Barcelona, Berlin, London, Los Angeles, Miami, Milan, Paris and New York – as well as 5 thousand points of sale throughout the world present the sheer excellence of decorative elements which embellish the finest houses and hotels in the world. The company has forged working relations with important architects and international designers. Bisazza’s commitment is not confined to its production of high-quality, prestigious materials, it can also be seen in its careful attention to its tile- layers, who have their own training courses where they learn the art of laying mosaics. In 2012 the Bisazza Foundation was founded,  cultural space displaying works and installations by the most prestigious international names, it also houses temporary exhibitions from the world’s main museum institutions. Where art and beauty meet. The charm of Venice and the refined aristocratic class of hospitality for an unforgettable stay in a hotel that unites history and elegance. An eighteenth-century building in the heart of Venice, a stone's throw from the main sights, divided into two parts: the Hotel Bauer, a luxury hotel in Art Decò style with a modern look and touch, and Il Palazzo, a discreet entrance and private mooring on the Grand Canal. Exclusive, opulent, with Chinese vases and ancient tapestries, the hotel offers its guests the chance to experience living in a Venetian palace where the majority of the rooms has its own balcony.  The story began with a love affair when the young and enterprising Austrian, Julius Grünwald, arrived in Venice and promptly fell in love with the daughter of Mr. Bauer, the respected manager of the Hotel de la Ville. Appreciating the young Grünwald's head for business and elegance, Mr. Bauer approved of the match which subsequently led to a family-run hotel business. On the death of Grünwald, the heirs continued the tradition until its sale, in 1930, to Arnaldo Bennati, a ship builder from Liguria with a passion for the hospitality business. Bennati decided to salvage the original façade of the eighteenth-century, Gothic-Byzantine style building,  add a modern extension on Campo San Moisè, as well as a terrace on the seventh floor, the so-called Seventh Heaven, still the tallest in Venice. The hotel is now managed by third generation Bennati family members.