According to AllianzGi, the impact in China will be strong but short compared to the Sars period

Monday, 9th March 2020. A date that will be remembered as the Black Monday of Coronavirus times. Yesterday, all the international stock markets, without exception, experienced a barrage of sales with the consequent and significant fall of every index. To be precise, Milan’s Piazza Affari alone closed 11.17 per cent down and New York’s Wall Street hardly did any better with a negative result of -7%. Decreeing the listing collapse was not just fear after the increase in the number of Covid-19 cases. A helping hand also came for oil prices, now at a minimum since 1991. A day to forget for luxury too which, in Milan alone, recorded drops of between 6 and 15%, affecting all segments, from ready-made fashion goods to hard luxury. Nevertheless, since this morning, the markets seem determined to recover with the Nikkei index in Tokyo having closed on positive territory, albeit slightly, at +0.85%. It will take some time to recover the losses but the categorical imperative among analysts and traders is to keep a cool head as much as possible. Because, while the entire world, and therefore the listings, have never had to manage a pandemic before, it is also true that something similar happened in 2003 with Sars. Comparing the two crises, Allianz GI-Allianz Global Investor has released a document signed by Shannon Zheng, senior product specialist, and William Russell, global head of product specialists, equities. In the understanding that Sars and Covid-19 are not the same thing and, above all, that the latter is still spreading, the experts have highlighted some similarities regarding the economic effects on the Chinese market. At the moment of the document’s publication, there were over 70,000 diagnosed and suspected cases on record and more than 2,000 deaths, while seventeen years ago, Sars infected over 8,000 people, killing 774, on a global basis with a mortality rate of 9.6%, much higher than the estimated 1% of coronavirus. At the time of Sars, Chinese listings needed about one month to return to pre-crisis levels. This year, however, after the Shanghai and Shenzhen stock markets re-opened in the New Year, they gained 10%, returning to more or less the same levels as before the epidemic. Of course, China’s weight has grown considerably in recent years and this can only have its consequences, however, the authorities’ ability to react in the current context, when in 2003, for a certain period, they had ignored the seriousness of the situation, can only have positive effects on the country’s economy. The Ex Celestial Empire’s slowdown, although inevitable and significant, has been brief compared to the previous emergency and, therefore, according to AllianzGI, the companies concerned in sectorial consolidation should widen their market share in order to improve their performances. Not only. The economic value of the companies in which to invest will not be affected and the considerable weakness of the market or of individual securities, could, in the long-run, be a purchase opportunity.
Share this article: 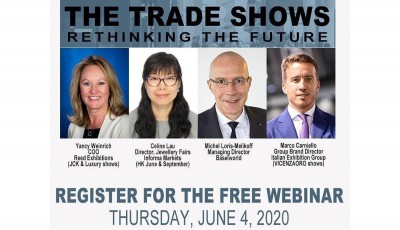