Pearls and diamonds for men? Why not! The idea of gender-neutral jewelry is becoming more and more tangible and makes us reflect on the future of male aesthetic imagery

During Paris fashion week last January, Rei Kawakubo, founder of Comme des Garçons, presented a capsule collection of pearl necklaces in collaboration with the Japanese brand Mikimoto. «This is the first fine jewelry collaboration between COMME des GARÇONS and MIKIMOTO, and the first fine jewelry collaboration in COMME des GARÇONS’ history» reads the press release of the famous avant-garde brand. The series of seven necklaces made with White South Sea and Akoya pearls mounted on silver is above all the result of a very contemporary vision, that is, adorning men with pearls. «If we talk about women’s jewelry, one usually thought of pearls» said Kawakubo. «Recently, I’ve noticed how men also look good when they wear pearls. The starting point of this collaboration». A concept reiterated by Mikimoto's spokesperson: « In an era when preexisting values are rapidly evolving, we hope to further promote the beauty and potential of pearls through this collaboration. To adorn the necks of all, regardless of age or gender». The symbol of one of the most feminine gems is thus freed from its usual gender boundary to acquire universal value. An event that fits into an increasingly pressing trend. Already in 2018, the New York Times had dedicated a long article to men's jewelry, starting from some interesting data released by the market research company Euromonitor International: global sales of men’s luxury fine jewelry reached $5.3 billion in 2017, up from $4.3 billion in 2012, an increase of 22 percent. That may not seem like much when compared with the $31.9 billion sales in the women’s sector in 2017 — but the men’s growth has been steady and would increasingly affect the financial statements of companies in the sector. After listing some of the most popular models amongst men, such as rings and necklaces, Kathleen Beckett, author of the article, with admirable foresight anticipated something that is becoming more and more tangible nowadays: «As in fashion, the lines between men’s and women’s jewelry have become increasingly blurred, too. Maybe one day jewelry will all be unisex». A concept reiterated by Chana Baram, Senior Retail Analyst at Mintel, the world's leading market intelligence agency. In an interview published on the British magazine Professional Jeweller in August 2019, she stated: «As traditional rules regarding masculinity and femininity are breaking down, particularly among younger generations, both men and women are opting to buy into many items previously perceived as exclusive to one gender. Whilst it is unlikely that the men’s jewelry market will truly compete with the women’s anytime soon, there is no denying that this part of the market is becoming increasingly important. More brands and retailers should be giving men’s jewelry dedicated space in-store. We see in our research that men are increasingly spending more and are more interested in their appearance. Jewelry is no exception, and there is a trend for men to wear both fashion jewelry and precious jewelry with gemstones».The consecration of these forecasts took place during the latest Fall Winter 2020-2021 men's fashion shows. For some time now fashion creatives have been espousing and offering a kind of no-gender aesthetic, but it’s the first time that so many designers have decided to focus on glamorous and precious jewels, made of bright gems and graceful lines, usually an exclusive prerogative of female consumers, thus laying the foundations for free and absolutely inclusive jewelry. Are these the new codes of the future?
Share this article:

The Debut of Collection Co by Pattaraphan 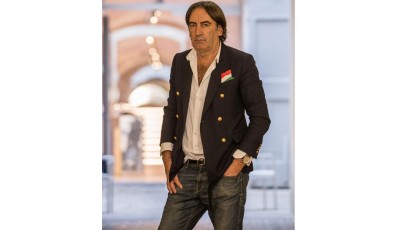 IEG Presents the New WE ARE Jewellery Format 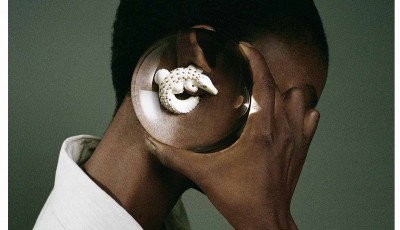