Jewelry designer Fawaz Gruosi, challenges myths and ancient legends by choosing the rarest and most mysterious raw materials. Here is The Amber Collection, where centuries-old drops of “honey” come back to life in an extraordinarily modern key

The Amber Room at Charlottenburg Castle in Prussia, created in Berlin in the early eighteenth century and then transported to St. Petersburg by Tsar Peter the Great, is considered as the Eighth Wonder of the World. Or rather, it was, because, during the Second World War, it mysteriously disappeared into thin air. Despite this, its amber panels decorated in Baroque style are still talked about, as are all the other myths and legends linked to the fascinating crystalized pine resin, formed millions of years ago, transported by ocean currents and storms and now found at every latitude, from the coasts of the Baltic Sea to the Dominican Republic, from Myanmar to Sicily. 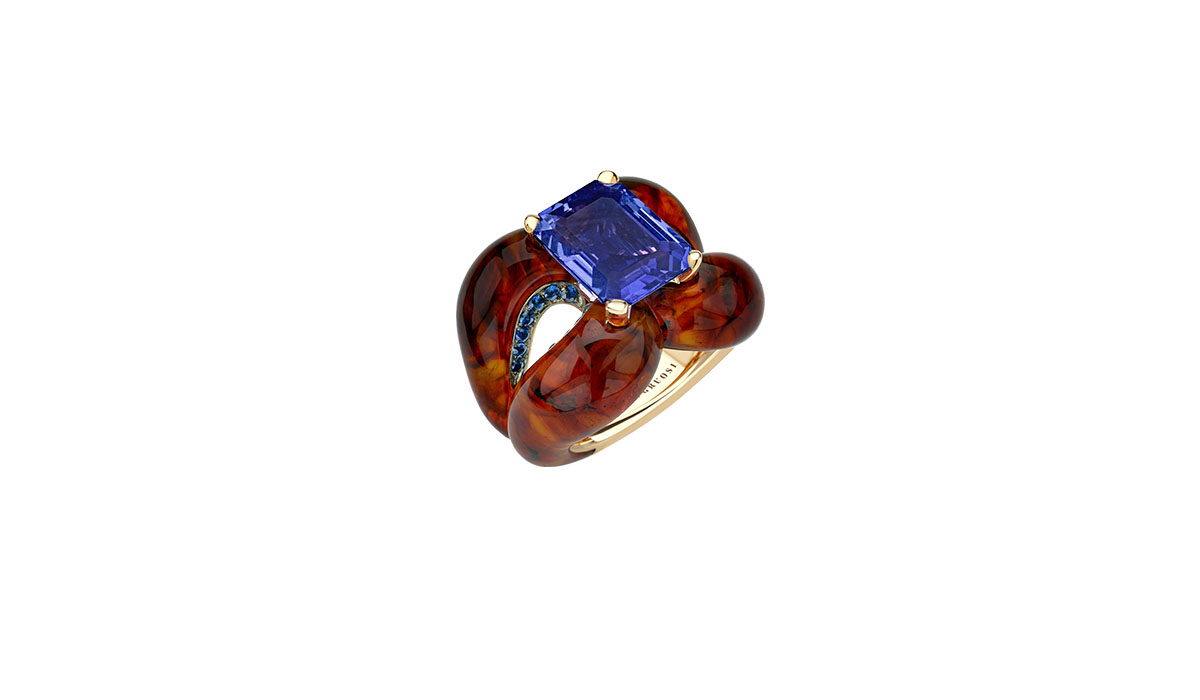 The veining, with its thousand shades of honey and inclusions, unique imperfections and, for that very reason, exceptionally beautiful, has also captured the attention of one of the most sophisticated jewelry designers of recent times: Fawaz Gruosi, who, with his unmistakable audacity and determination, has taken his own personalized route along the “amber road”. And so, cabochons and curvilinear elements for Creole drop earrings; bangles set with diamonds, jade studs and baguette-cut amethysts; rings with aquamarines surrounded by fuchsia and blue sapphires and onyx. All in a game of color contrasts, soft and sinuous shapes that enhance the deep veining that time has engraved in the resin as if by magic. Once again, the imaginative Gruosi focuses on unusual raw materials and unprecedented combinations to achieve results that always have that one-of-a-kind feel due to the uniqueness of these single drops of centuries-old “honey”, each with their own original imperfections that, since the days of Plinius the Old and Darwin, have never ceased to bewitch and arouse new suggestions. Whether scientific or artistic.

An Unexpected Tribute to Heart by Susana Grau Batlle

The Gentle Beauty of Simone Jewels

The Art of Well Done

The Ongoing Exploration by Studio Renn