The Rise of Jewels in Menswear

Luxury will run faster with menswear. The latest data report by Euromonitor underlines this strong trend in the men, casual industry.

«The men's business has exploded in the last five years», said Roopal Patel, Fashion Director of Saks Fifth Avenue, to Reuters. «We have gone from just category addressing to really designers looking at how they are going to wardrobe a man's lifestyle, everything from work to evening to weekend to sport», concluded. And Sylvie Toledano, head of LVMH's fashion group, added «It's more than buzz. It's a deeper trend. There's a strong demand across the men's fashion industry, in all its shapes and forms, and which comes in part from a Younger client. We see it very clearly in the sales». These words released to the Reuters, followed the new report by Euromonitor. The data shows that womenswear still had the biggest share of the broader $1.7 trillion apparel and footwear market in 2017, with menswear less than a quarter. Yet the market research firm forecasts men's Lines will outperform women's between 2017 and 2022, with sales expanding by a compound annual growth rate of 2%. «This is due to men placing a greater emphasis on their appearance, fuelled by the rise of social media, and dress code for men softening globally» says Marguerite Le Rolland, Consultant at Euromonitor (source: Reuters. Words: Sarah White).
So luxury will probably run together with menswear and the latest men shows in Florence, Milan, London and Paris enhanced this trend. From our side, it was inevitabile then, not to notice a fast growth in men's jewelry with an unconventional touch that strenghtens the casual direction of the men apparel industry. Here our selection of the five brands that, on the runways, interpret this trend in a disruptive language: Undercover, Y Project, Valentino, Ambush, and, of course, Off White with Virgil Abloh hand behind.
Share this article:
fashion jewelry men menswear trend 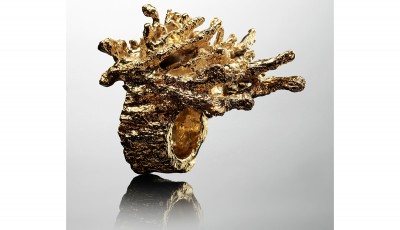