From Mokume Gane to New Methods for 3D Photopolymer Patterns

The recent proliferation of 3D printers is a critical issue in the casting phases. James Binnion presents a new method for preparing photopolymers, capable of removing untreated resins

A new method to prepare 3D photopolymer patterns for investment casting. What is this about? «The explosion in availability of low cost 3D photopolymer printers has allowed many designers and goldsmiths to use 3D printed models in their production workflow. However even with the wide variety of printers and many new iterations of “castable” photopolymer resins, there is an ongoing problem of adverse reactions between the models and casting investment. These reactions often result in surface defects on the cast parts that either require lots of re-work to end up with a useable part or result in an unusable scrapped part. There have been many attempts to come up with solutions to this problem with limited success. The method I am presenting results in elimination or significant reduction of the photopolymer/investment reaction in the resins that I have tested it with. The core of the problem is that the photopolymer resin in the 3D prints is not fully cured (polymerized) when printing and normal post processing are completed. The presence of uncured resin is the cause of the adverse reaction with the casting investment. The process I have developed both removes uncured resin and insures complete polymerization of the model before investing. The process uses vacuum and heat to vaporize the uncured resin and complete the polymerization of the partially cured photopolymer. This process results in models that when invested and cast will produce castings that faithfully reproduce the surface of the 3D print».
Who can take the best advantage of it? «The method can be scaled for a range of users from producing single parts to large volume production. Everyone from a
individual designer/goldsmith to a produc- tion casting facility can utilize the process. Jewelry scale models are easily processed however the thicker the cross section of the model the longer it will take to process it. You are considered the modern master of Mokume Gane... «I first saw Mokume Gane in a jewelry making book when I was in high school but I did not really become interested in attempting it until about 10 years later. I first became interested in attempting it in the early 80’s after reading about a group of college students who were experimenting with it. At that point in time the students working with it were using blacksmithing techniques to produce it. In particular they were using coal fired forges for successful bonding of the sheets of metal together. I read about some attempts to bond mokume gane billets in the electric kiln that had not been very successful. At that time I did not have access to blacksmithing equipment like a coal fired forge so I decided to try the electric kiln method. I was hoping I could work out a way to make the process work with the electric kiln. After quite a few failed attempts I figured out a way to make the process work in my electric kiln. This happened in 1983, and I became fascinated with the technique. Since that time I have been working almost exclusively in mokume gane».
What kind of patterns can you do with it? «Once the lamination process is mastered, the true artistry of mokume gane is found in how one develops the patterns in the laminate layers. There are wide variety of methods to create patterns. Mokume gane laminates can be used in almost any wrought fabrication processes that employ sheet, rod and wire».
How did you make Mokume Gane innovative today? «When I first started to make mokume gane, there was only a small handful of people working with it in the world. It was almost completely lost as a metalworking technique. In the US there was a group of artisans who were interested in trying to revive techniques that had been forgotten and left behind by the jewelry manufacturing industry of mass produced consumer work. Many of us were inspired by the Arts and Crafts movement of the late 1800’s and early 1900’s which was also a reaction against industrialization and design limitations of mass production. It is the contrast between mainstream industrial design and mass production against this labor intensive hand work where each piece has its own unique pattern, that makes it stand out and present itself as innovative design».

Mokume Gane
In Japan traditional mokume gane was mostly used to decorate a small number of samurai swords for high ranking samurai. The small number was due in part to the small number of artisans who knew the technique and in part due to the cost involved. The high ranking samurai were the only ones who could afford the cost of such a labor intensive process. The materials used were mostly copper and
its alloys like shakudo (96% copper - 4% gold), shibuichi (75% copper - 25% silver), and kuromi-do, a copper and arsenic alloy laminated with fine silver and in rare instances gold. In modern jewelry pieces some of these copper- based alloys work well for items that don’t have great amounts of wear or exposure to moisture. Frequent wear and moisure are detrimental to the patinas, therefore not recommended for rings. The combination of abrasion and the galvanic corrosion caused by laminated metals exposed to water, as well as the salts from sweat, the traditional metals are just not a good idea for rings. Patinas will not last due to abrasive wear and copper and its alloys will dissolve from the galvanic corrosion. Therefore for rings this necessitates using different materials. I initially explored and continue to use the lamination of gold alloys, platinum, palladium and sterling silver in my rings. Over the years I have also included stainless steel laminates and the reactive metals titanium, zirconium, niobium and tantalum as alternative materials for my mokume gane rings. 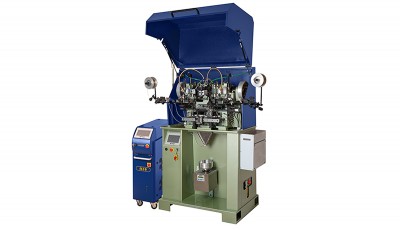 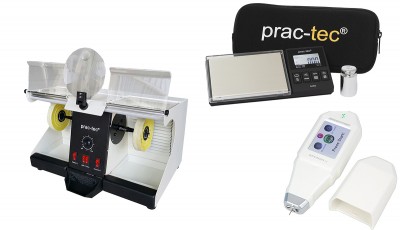 A Solution for Every Problem 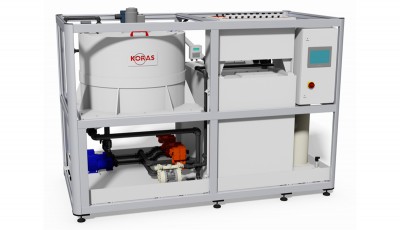 Towards a Circular Economy 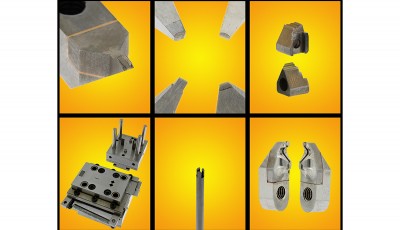