The Eulogy of Normality

Dario Nicetto, partner, Export Manager in charge of silicones at Nicem in Senago, gives us his broad vision of the manufacturing industry

What is the manufacturing industry’s pre and post lockdown scenario?
Nicem is fortunate because it has been an internationalized company for some time. We have two factories in Brazil and Mexico besides the one here in Senago, retailers and agents in 65 countries, and 4 manufacturing co-holdings abroad. Therefore, since the world was not locked down all at the same time, with Asia being the first continent to close, followed by Europe and then the United States, opening has happened in the same sequence. A kind of wave that has provided vital space for us to get in and always ensure a minimum of income. However, few companies can say the same. Many of our customers and contacts have been paralyzed both in Asia and in America. We can say that those who have always worked on only one or two markets have been hit harder. The situation in Italy has started to recover in the last couple of weeks and activity is picking up but it is obvious that all of us will have to deal with a drop in turnover or, at least with a slowdown or postponement of jobs that had been started and were certain. Lately, for example, we have been shipping goods to France, the UK and Holland but everything is still blocked for the USA! Then there are countries which, despite the lockdown, have their own rules: for example, in Mexico City, an epidemic epicenter, we have blocked everything, while, in Guadalajara and Leon, companies have never stopped and, in fact, we have never stopped producing there. Then we should add that Nicem is not a one-product company. We operate in five macro sectors: jewelry 20%, spin casting and vibrofinishing 20%, which means we can work with companies such as Airbus, Ferrari, Porsche, to name but a few, professional catering 20%, epoxide enameling 5%, fashion 15%.

Let’s pause on the jewelry sector. What are the rumors on this long wave?
During these weeks we have kept in touch with retailers and customers and the forecasts, even based on what happened in Asia immediately after re-opening, are that, as soon as the epidemic abates, there will be a mountain of work for everyone. Especially in the luxury sector. Those in the medium-low target bracket have done their shopping on-line but those who buy luxury items and jewelry have been forced to wait. The market for people who usually buy expensive items on-line is still not fully operative and those who operate in that bracket expect that a kind of compulsive buying will shortly be triggered, especially by female customers. As for highlighting a trend which all sectors are sensing to a degree, there will definitely be an increase at the local market level: in the coming months, those who buy will do so mainly by focusing on products from their own country, at every latitude. A phenomenon that we could define as economic “nationalism”, a kind of self-defense against the crisis that is looming on the horizon. Take tourism, for example, where problems linked to movement come into play, but the same goes for in-store purchases. Perhaps, and this could be lucky for Italian companies, that won’t be the case for the luxury customer in the east where Made in Italy is notoriously popular.

Have any new projects arisen from these weeks of closure?
Of course! Back in early March, we struck a deal with a renowned company that produces safety equipment and disinfectant dispensers. And now, here in Senago, we have a new ad hoc production line specifically for this sector, something we would never have thought of in the past. We have therefore been able to supply our jewelry and automotive company clients with all the safety devices required to re-start business. To a certain extent, in our own small way, we have contributed to the re-start. And that’s not all. For the jewelry sector, we have finally developed two new polymers, two new rubbers that we will be introducing onto the market shortly. I had been thinking about it for a long time but I had always been obliged to postpone. On average, you need to spend at least two weeks at 8 hours a day in the laboratory before you can say that a new product is ready and worthy of the global market.

Which temporary changes will become permanent?
I believe that things will return to normal over the next six months. You can already see the first signs, especially here at Nicem. A bit like after all big emergencies and tragedies, life carries on as before. By saying that, I don’t mean to minimize the tragic and devastating effects that this emergency has had and is still having, but it will end. History shows us that. Unfortunately, however, and I say this with deep sadness, many companies will not be able to pick themselves up. Those SMEs, those workshops that have always been the wealth of Italy and the manufacturing industry. Italian “well made” comes from there, from those family-run businesses that now find themselves with bills to pay and insolvencies to settle. I could refer to what Renzo Rossi said recently: Diesel relies on tens, on a hundred of small workshops, without which, even that company would not be the same. Imagining the future of Italian industry without this important and extraordinary workforce and without this authentic microcosm of creativity is unthinkable. This is what the politicians and banks should be thinking about: a company with 2/3 employees is not strong enough to resist for 6 months without revenues.

Can you find anything positive in all this?
As soon as it was possible to re-open the factory gates here in Senago, I “re-embraced”, so to speak, all my co-workers and I strongly noticed how happy they were to be back, to make themselves useful and to resume what, in some case, has been their daily routine for over 20 years.   During the closure, some companies asked us to study and develop new products and so, despite everything, I sensed a buzz in the air. We Italians are not used to feeling sorry for ourselves, if anything, we just roll our sleeves up and get on with it. Some ideas have become reality and now we are working full out. I can sense that everyone is more greatly committed to the work, to that normality that, caught up in frenetic rhythms, we had sometimes tried to escape from. I hope that this experience leaves us with a sense of contentment for the small things, for that daily life that, when all is said and done, gives us our serenity.
Share this article:
Dario Nicetto jewelry luxury Nicem TGold VO+ 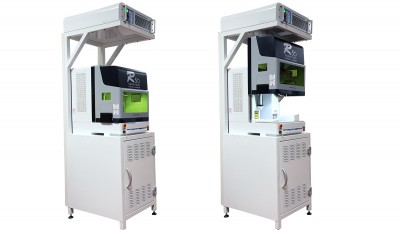 The Value of Micro Design 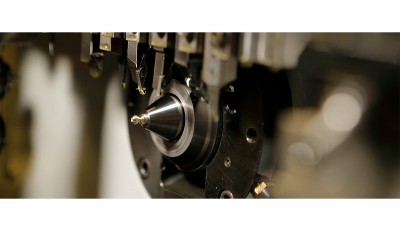 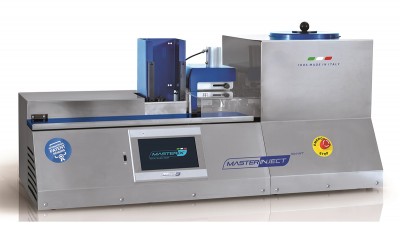