The Incredible History of Laser Welding

Nowadays, laser welding is a standard feature within the production of not only jewellery but also in the medicine, electronics, cars and heavy industry sectors. Here we explore the development of this incredibly useful technology.

From the dawn of humanity – when man simply hammered two pieces of metal to join them together – up to the modern day, laser welding used in jewellery, with its infallible accuracy guaranteeing the perfect melding of metals and other materials, the history of welding has been a fascinating journey into discoveries, illumination and tireless progress. The first examples of this technique date back to over 2000 years ago, the Bronze Age to be precise: small round gold boxes illustrate the technique of welding by pressing shaped joints together so that they fit inside each other perfectly. During the whole of the Middle Ages welding, which in the meantime had improved remarkably, was carried out by forging and hammering, and required great physical strength as well as stamina and skill. It took a few centuries before an actual ‘evolutionary leap’ was made in this field. Between the l800’s and 1900’s, the Russian scientist Nikolai Bernardos patented the first tool for welding with an indirect arc: this tool, powered by an electric generator, is based on an electrode (Bernardos utilised carbon) which produced a current, an arc, between itself and the object to be welded which heat being produced for the welding process to take place. Later, another Russian, Nikolai Slavyanov, perfected arc welding thanks to the use of metal electrodes. All it took then was the intuition of the British scientist, A. P. Strohmenger, to coat the electrode with a thin layer of clay to make the arc more stable and efficient. In that same period another welding system was developed: gas welding, whereby the weld metal is melted with liquid gas flames of blowpipes.

Before 1900 these flames used a mixture of carbon gas and hydrogen, then a torch was developed which produced an acetylene flame in pure oxygen, which not only welded but also cut metal accurately. It’s no coincidence that cutting and welding became extremely important activities due to the outbreak of World War One when every nation was required to produce massive quantities of weapons and therefore intense metal welding and processing. In modern times, coated electrode welding also known as SMAW - Shielded Metal Arc Welding – is becoming increasingly popular. This methodology, a direct descendant of Bernardos’ invention, is still the most common technology on the planet, mostly due to the reasonable price of the equipment and low maintenance required. Today, two types of welding methodology are gaining popularity: MIG/MAG and FCAW (Flux Cored Arc Welding). The first technique, developed at the beginning of the Second World War, utilises continuously-fed consumable tubular electrode where protection of the weld is provided by gas flowing from the torch onto the weld. The second technology is very similar to ‘MIG-MAG’, the difference lies in the condensed chemicals inside the electrode rod which enhance productivity as well as the quality of the process itself. This brings us to laser welding, which is very popular indeed nowadays, particularly within jewellery-making but also in the medical and electronics field. Its ability to concentrate heat in a very specific, defined area, its remarkable powers of penetration and user-friendliness makes laser welding the current benchmark for the sector. This technology is the starting point for an incredible journey towards new amazing achievements over the coming decades. 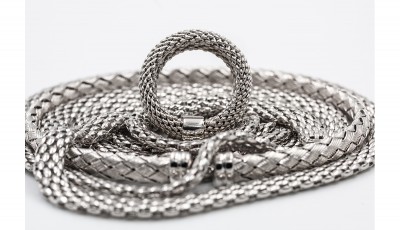 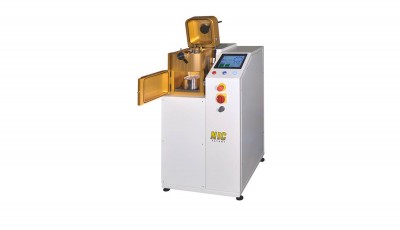 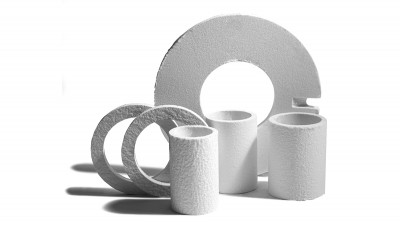