Elie Top Together With Zara

The giant fast fashion brand Zara and the independent jewelry designer Elie Top, for the first  time together for the launch of the costume jewelry collection A Song of the Earth, today in store.

«I am thrilled by the possibility of having free rein to design a collection for Zara of exceptional costume jewelry – my first love –», says Elie Top. «I began daydreaming: a simple and sun-drenched reverie that caused this collection to emerge, A Song of the Earth, which reads as follows. Sitting on the edge of a field of sunflowers, on a rock overlooking the valley, I gazed at the countryside inall its powerful, breathtaking beauty. These flowers were gathered here,all turned in the same direction to offer themselves to the sun. A few cloudsgave the scene a faintly dramatic character. The golden yellow of thesunflowers. The intense blue of the sky. Mahler and his “Song of the Earth” resounded through my mind. Van Gogh was also summoned. Before cutting the sunflowers to immortalize them in a vase he must, of course, have been intoxicated by this extraordinary sight. I was still immersed in my grandiose daydreams when a sweet little bee came to buzz in my ear. It brought the most delicate sense of grace to my contemplation. I was delighted. It's dance captivated me. I followed it along its natural path. It embraced one golden flower, then another, then yet another to pollinate them. Then the magic happened. First the heart of the sunflower transformed into a mirrored material. It petals became pure sunbeams, gold and silver. It could be very easily tracked with the eye thanks to the rhinestones it carefully left in its wake. It alighted on a hand: look, there is a ring born from the love of flora and fauna! It alighted on a slim wrist: look, there is a cuff as a hymn to the delicacy of the little air-borne creature in communion with the sun!  I followed the trajectory of the bee along its natural path. And then its magical flight punctuated by rhinestones transforms into a torque necklace. The bee, guided by burning love, is afraid of nothing. It delicately brushed past the ear of the beauty to trace a golden ring around it. For as it paused on each flower a new jewel emerged.» 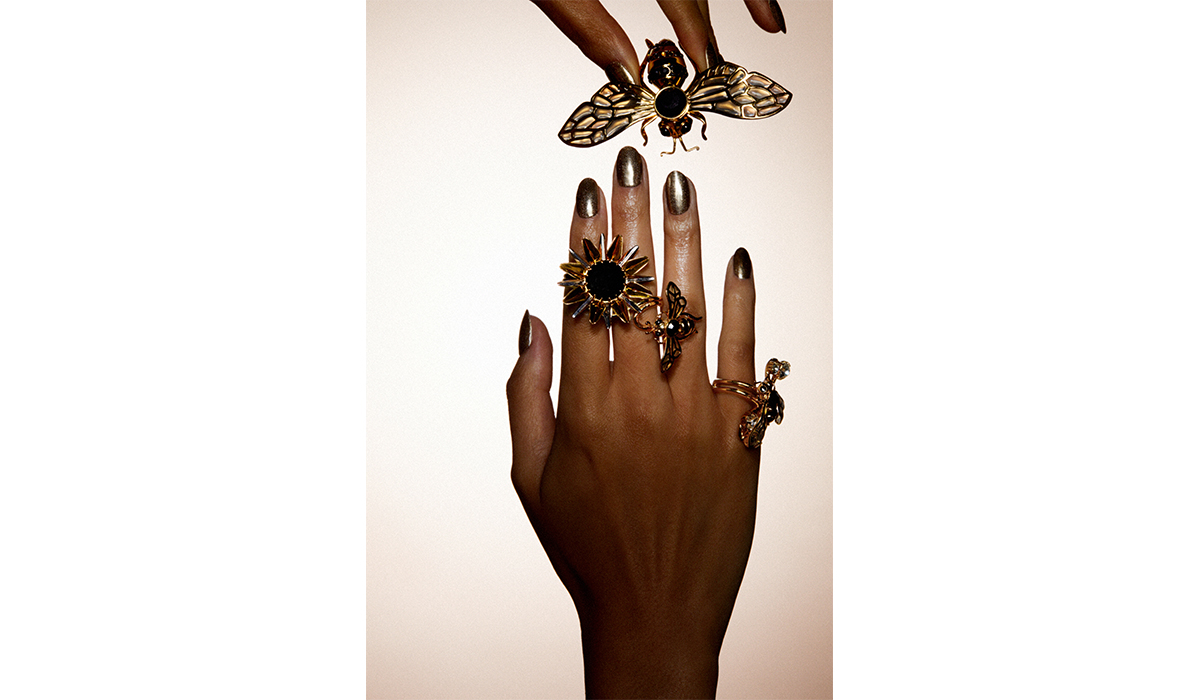 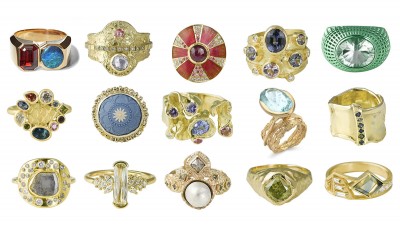 The Ring Party at Tomfoolery in London 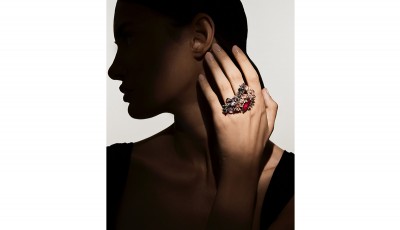 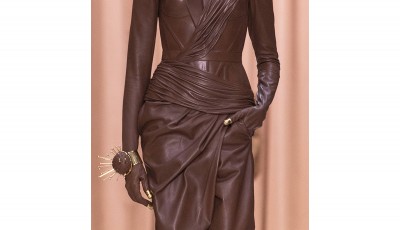 The Bijoux that Pay Homage to Haute Couture 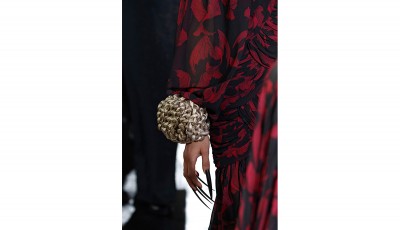