The Store is Reborn

From Instagram-friendly spaces to formats that combine sales and hospitality: the jewelry industry is rethinking its stores for Millennials by Giulia Sciola

Young and digital natives. The portrait of Millennials, who were actually born between the 1980s and the late 1990s, is often limited to these descriptions, which frame them as the target with the greatest potential for the consumption of luxury goods. When these young people come from markets like China, the United States or the Middle East, their buying power is quite elevated. Yet Millennials are going less and less to physical stores, preferring e-tailers like Moda Operandi or Net-à-Porter, forcing international fashion houses to research new ways to create brand loyalty. According to Bain & Company data, since 2012, brick-and-mortar store visits have reduced 25%, leading even the most famous jewelry brands to update their store experiences, highlighting social media and hospitality. The brand loyalty of this new generation passes through the strengthening and personalization of in-store services, which drives growth in trust. In a 2018 survey by the Boston Consulting Group, 20% of the 12,000 respondents said they visit luxury stores to “experience the environment,” attend special events and be guided by e ective storytelling. Bulgari was the first to respond to this demand. In 2017, the company added the New Curiosity Shop to its historic Roman boutique in Via Dei Condotti 10, which allows you to experience the fashion house by way of a less institutional entrance. The collections are often “illustrated” by interactive touchscreens and, every six to eight months, the entrance and the layout of the boutique change to meet the tastes of customers and offer adhoc stories. The initiative – with soaring sales today – is at the same time innovative and in line with founder Sotirio Bulgari’s great attention to clienteling. It was he who in 1905 called the first Roman store an “Old Cu- riosity Shop,” taken from a novel by Charles Dickens, making it recognizable even to Anglo-Saxon clientele. 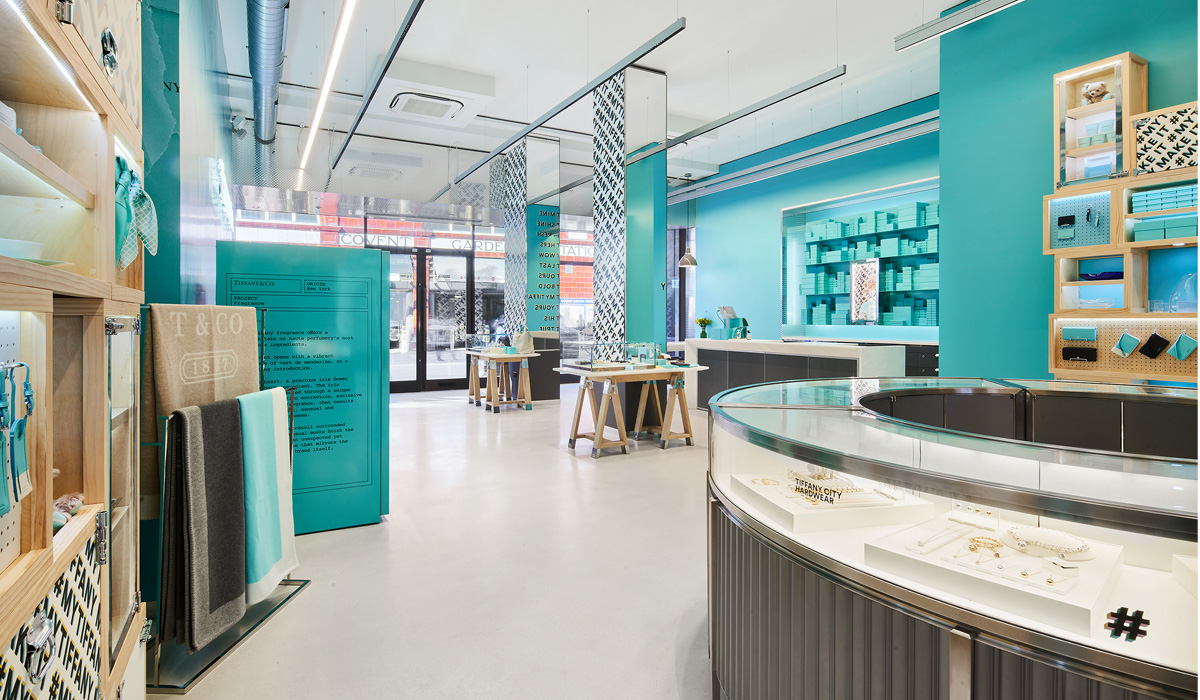 Tiffany & Co. is also taking a chance on this new store concept, created for Millennials. Last July, on James Street in London, it opened the Style Studio, a new Instagram-friendly store, enhanced by neon signs and perfume vending machines. With in-store Ipads, customers can experiment with di erent levels of per- sonalization of purchases, starting with the engraving of images and writings on jewels. On the fourth floor of the flagship store on Fifth Avenue in New York, the American group opened the Blue Box Cafè as well as its first retail space for a Home and Accessories collection. «Both the coffee shop and the redesign of the Home and Accessories space reflect a modern luxury experience, an experimental and experiential space, a window into the new Ti any,» commented Reed Kra- ko , Chief Artistic Officer at Tiffany & Co. Finally, Boucheron’s formula for its Paris boutique is an excellent mix of retail and hospitality. Located in the eighteenth-century Hôtel de Nocé at 26 Place Vendôme, the store was renovated to celebrate the 160th anniversary of the company. The atmosphere – around 1,800 square meters – houses the precious Boucheron jewelry collections, as well as a series of special apartments designed for high-spending customers, who will be able to stay here in luxurious rooms boasting an eighteenth- century style. Finally, the renovated flagship store also presents visitors with the new winter garden, a sophisticated and elegant space where they can take a break from the excitement of the Ville Lumière.