Roberto Di Benedetto, founder and CEO of Nove25, is certainly someone who looks ahead. Opening new flagship boutiques, forging agreements with big brands and planning a landing in the Far East

For Nove25, “Phase2” meant immediately inaugurating a new store…
The store was ready for opening on 15th March but we obviously had to postpone the inauguration. We could not give up on it: it is a message of positivity, of real reprisal. The location, in Corso Buenos Aires, number 4, is strategic and the results have been good from the very start. The sensation is that people want to buy. We have a devoted public which has supported us throughout the lockdown. On-line sales have been 100% active, recording a 200% increase compared to last March/April, which gave us a little oxygen. We have also enacted some promotion activities and various discount formulas although nothing over the top to force purchases. We have continued to work in total safety, having had the good fortune to be able to move the warehouse to the house of one of our collaborators. On the whole, I can say that I was quite confident about what we have created in recent years but it is also undeniable that, without precise indications, and with the chaotic management that has occurred, especially in Lombardy, I was extremely worried prior to phase 2. We have set up an on-line booking system for visiting the store, with 30-minute appointments and a kind of preferential aisle for those who book compared to those who don’t. Now we are discretely optimistic and positive. Our other 12 flagship stores – in Como, Turin, Rome, Naples, Brescia, Monza, Lugano, Bergamo, Bologna, Varese and Ibiza – are also going rather well. And there is plenty of other news!

What else is in the pipeline?
I would say that we have started with a bang! We have just closed an important agreement with Inter Soccer Club for a special collaboration to celebrate 10 years since its famous “Treble.”  An event that is supported by a strong campaign on the social media and Inter has more than 5 million followers on IG alone. We have set up a special landing page on the nove25.net website where fans can order their personalized “Timeless 2010” ring, selecting the size and their favorite player’s shirt number. In a couple of weeks, we have already produced almost 300 tailor-made rings. This initiative has given our visibility a kick-start, just as in the past, when we forged several agreements with the Juventus team. Surprisingly, we are noticing that woman also highly-appreciate and request the “Timeless 2010”. During the quarantine, we also perfected our configurator, which makes personalized orders easier

By the way, what did you focus on during these weeks?
Many of our employees were furloughed with the exception of those working in marketing and e-commerce sales, communication, particularly social and digital, and customer care, which is always ready and willing to solve any problems, especially for deliveries (which we rendered free of charge). Research and development also never stopped. We went ahead with collections we had already begun, improving the configurator so that it can also be used on tablets and mobile phones, preparing the launch of some new experiences, which we will be presenting in September. In short, we have perfected the business model to better manage orders and tailor-made requests, reduce stock as much as possible and improve stock management.

What do you see in the immediate future?
I can’t say that I’m not worried about the general situation, on the contrary. Just a few days before the lockdown, we had started working on opening 5 stores in China, all flagship stores in franchising, a long-term project that foresees opening 20 stores in 3 years in 5 major Chinese cities. When I knew that everything had to be postponed… I confess that I was extremely upset. And yet, despite what happened, everything will start up again from the end of 2020 and be completed regularly by 2021. Our programs also include the idea of focusing more greatly on foreign markets, also through e-commerce. We have been on Farfetch and yoox for a year, which has brought in excellent results, with a feedback on markets such as Asia and the USA of around 50% on both channels.

And regarding Italy? Is there anything new going on here?
Some authentic little miracles have been happening here in this last week. At the end of June, we will be opening a flagship store in Pavia and we should shortly be confirming one in Bari too. But that’s not all. Even if the flagship format is working well, we are, for the first time, opening up to multi-brand stores. We will soon be starting with a selection of 50 retailers in Italy. We had already tried with Dog Fever, our other brand, and now we have decided to re-propose this formula to make the distribution of Nove25 more widespread over a lot of small provinces. Recently we carried out tests in some Oro Giallo locations on the Turin market, both for flagship stores in the city center and multi-brand stores in the more peripheral areas and it went rather well. So, why not try this road too? It will help us to be closer to our public, which has always been highly transversal. We have some important families who are devoted to our product as well as “normal” youngsters, grandfathers who buy gifts for their grandchildren, and adults buying for themselves as a means of self-congratulation. All at a democratic price target and very correct product quality that shows that we do not scrimp on research and finishing. And people notice that and appreciate it.
Share this article:
jewelry luxury Nove25 Roberto di Benedetto VO+

Verus Ceramiche: Jewelry and Watches Made in Caltagirone 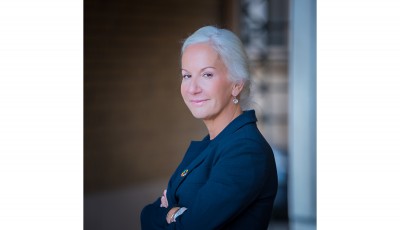 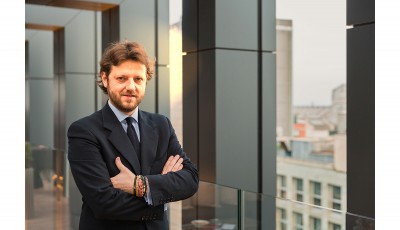