After Fashion Week, the designer from Lecce and creator of futuroRemoto is back in Milan for Design Week

After Fashion Week, the designer from Lecce and creator of futuroRemoto is back in Milan for Design Week
The liaison and cross-fertilization between jewelry, cinema and design are undoubtedly among the most inspirational and long-lived. On this path of influences and suggestions, Gianni de Benedittis, the designer from Lecce, and man behind the futuroRemoto brand, is certainly one of the most audacious interpreters. After his personal exhibition at Teatro Arsenale in Milan, he is back in the city for Design Week with a discreet presence but one that seals his infinite passion for the world of design.  His items have been featured in movies by director Ferzan Ozpetek for years and his jewelry-sculpture creations play star roles in the films Loose Cannons (2010), Fasten Your Seatbelts (2014), Red Istanbul (2017) and Veiled Naples (2017). One of his pieces, the Pumo pendant, even appears on the international poster of the movie Red Istanbul. The four main characters are divided by the Pumo, a splendid pendant whose gold, shining against the red background, donates light to the picture. It is a good luck charm inspired by a traditional ornamental object in popular Apulian culture. Representing a rosebud that is about to open, surrounded by three leaves, it symbolizes the reawakening of nature that brings with it changes and new things. An item of jewelry that has certainly brought luck to the designer since it was also chosen by Coca-Cola Italia for its latest commercial. From cinema to television to theatre, with Aida and La Traviata, De Benedittis presents himself to a varied and always different public thanks to his various collaborations. Entirely hand-made in his Lecce workshop, futuroRemoto jewellery comprises unique and quality items that, while drawing inspiration from Italian tradition, are expressed in a totally modern design.
Share this article:
De Benedittis design design week futuroRemoto jewelry Made in Italy pumo 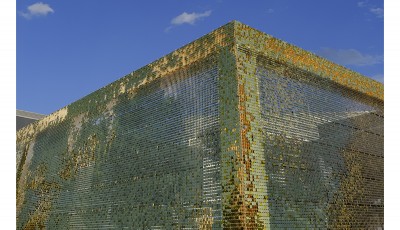 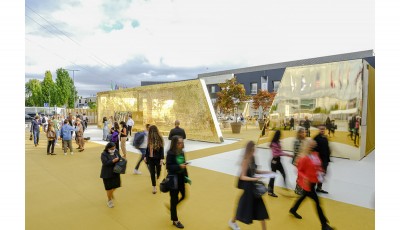