Beauty, quality as well as history. Learning more about a gem allows us to discover or recall exciting stories and historical events. Three gemology experts talks about quartz, tanzanite and ruby

How many varieties of quartz do you know? What are the most desirable? «Varieties of amethyst, citrine, agate, chrysoprase and jasper, for example, all belong to this species,» explains Lucia Gori (Instructor at the Italian Gemological Institute). «The vast availability of this mineral has produced two results: from one side, there are tons of varieties of quartz and on the other, there is no culture that hasn’t developed traditions or legends about it. The breastplate of Aaron, a sacred and ornamental object worn by the high priest of the Israelites shows this. A magnificent example, as at least seven of the twelve gems representing the twelve tribes of Israel are varieties of quartz. Many quartz varieties, including amethyst and sardonyx, considered in the past to be very rare and precious, have undergone a significant decline due to an increase caused by the discovery of huge new deposits, such as those in Brazil. But recently, even the fine jewelry market has shown a renewed interest in these gems, which have been wrongly considered less valuable: the rich tradition and the ancient stories of which many varieties of quartz are cloaked, make them a stone suitable for those in search of greater authenticity in these tumultuous times.»

Remember the blue diamond in the Titanic movie called “The Heart of the Ocean?” Actually, it was a tanzanite. Ludovica Faldi (an analyst for the Istituto Gemmologico Italiano) gives us a brief and exciting overview of this precious stone. «Tanzanite is the bluish purple variety of the mineral zoisite, a type of silicate that was not very common in gemology until half a century ago. While zoisite can be found commonly throughout certain types of rock, the tanzanite variety can only be found in one country in the world, which gives it its name: Tanzania. This gem is much rarer than the diamond , which certainly contributes to its allure even though many still continue to see it as a sort of “younger sibling” to the sapphire. The rare color of the tanzanite is the result of various geological phenomena that have taken place throughout the history of the Merelani region, the latest of which includes flowing lava that “cooked” pre-existing zoisite crystals that were not very attractive in color, turning them into the wonderful hue we are used to seeing. The proud Masai people have a slightly different version of how the tanzanite came to be, speaking of lightning bolts and a fire instead of lava. What is true is that this gem, created in the shadow of Kilimanjaro, quickly became the most fascinating “ambassador” of the African country. This thanks as well to the positive marketing campaign Tiffany & Co. carried out, finding a simple, appealing name for the gem in 1968.

Ruby: The King of Gems

The ruby has been famous since the times of its glorious past with monarchs and knights. Loredana Prosperi (Director of I.G.I.) take us on an exciting journey, allowing us to learn more about this fascinating gem, which has always represented characteristics like vitality, courage, romantic passion, and victorious battles. «Many don’t know that the fortunes of the ruby were strongly linked to that of another gem that is less well-known, which was only identified in recent times: the spinel», says Prosperi giving us a preview of the talk. «Given the fact that they look alike and because they are often found in the same deposits, some historic rubies have turned out, thanks to modern analysis, to be magnificent spinels. For example, the Black Prince’s ruby, which was set in the Imperial State Crown of England. It turned out to be a spinel of about 170 carats. There are new prospects in terms of old and new sites for sourcing rubies… while the ruby brings to mind Burma and Thailand, new, interesting sites are literally revolutionizing the market, like Mozambique and Madagascar».
Share this article:

Jewelry meets Tarots, According to Aire 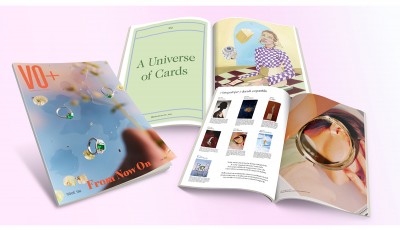 Cover Story: A Year Inside 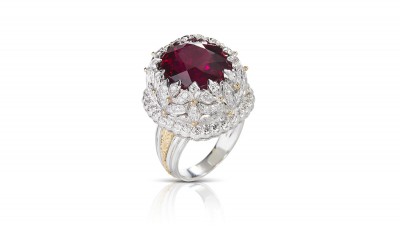 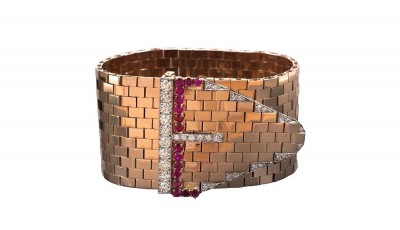