Return of the Phantom 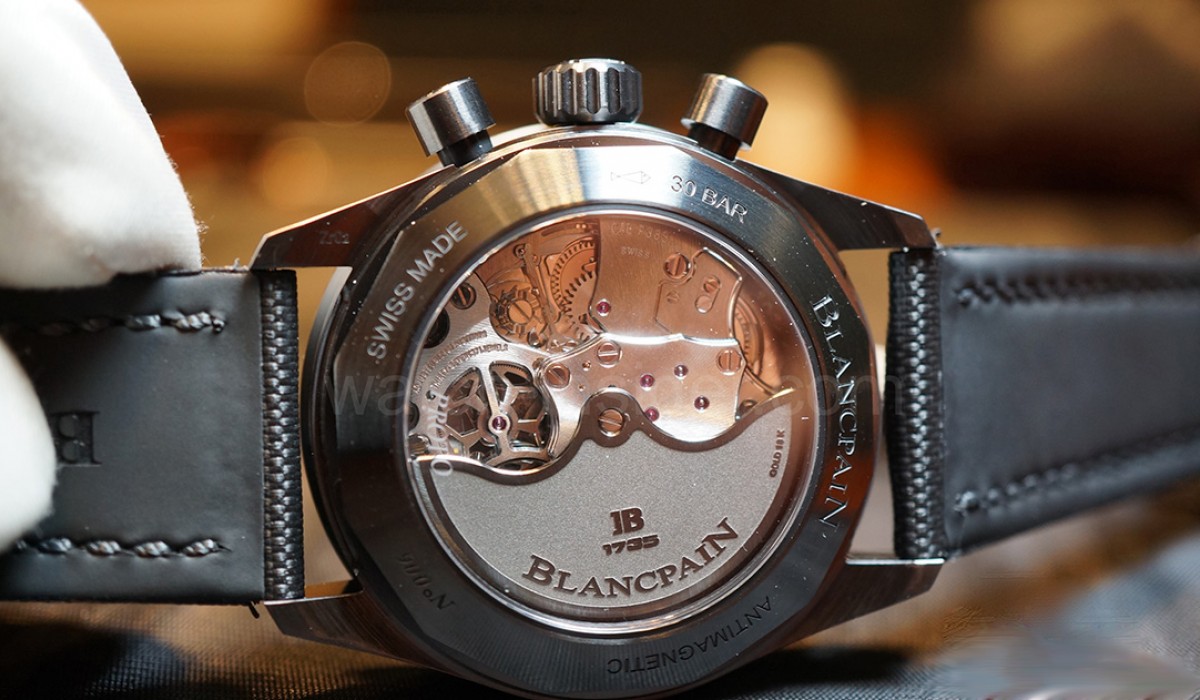 Blancpain’s influential Fifty Fathoms divers’ watch, now an entire collection, went back to the basics of its 1953 creation with the release of the vintage-inspired Fifty Fathoms Bathyscaphe.

The first Fifty Fathoms watch — named for the British measurement corresponding to approximately 91 meters, believed at the time to be the maximum depth to which a diver could descend — was the brainchild of former Blancpain CEO Jean-Jacques Fiechter, who took the reins of the long-established Swiss brand in 1950. An icon of the sea depths for over 60 years, the Fifty Fathoms Bathyscaphe by Blancpain has resurfaced in 2016. It takes some of its aesthetic features from the distant past – particularly the famous rectangular hands – but also from the recent past, with the deep blue colour – also seen on the Ocean Commitment Chronograph version in 2014 – enhancing the watch face. The Blancpain Fifty Fathoms made history with a number of innovations, several of them patented, that had not before been incorporated into divers watches. Among these were the first lockable bezel, with markings to check dive times and remaining air supply; a double O-ring seal that ensured water-resistance to nearly 100 meters; automatic winding to reduce the number of times the screwed crown needed to be operated; a black dial with luminous markers for enhanced undersea legibility; and an antimagnetic case to protect the movement. The revamp model has a case of 43.6mm in diameter and crafted in grey ceramic material. The watch is crowned with a rotating bezel fitted with a ceramic ring and a Liquidmetal® diving scale, and contains the self-winding Calibre 1315, providing 120 hours of autonomy (i.e. 5 days). The movement drives both the hour and the date functions. On the dazzling deep blue face, the hour markers are luminous rectangles and circles, with the geometric shapes echoed by the hour, minute and second hands in the centre. The date is white and appears in a window between 4 and 5 o’ clock.