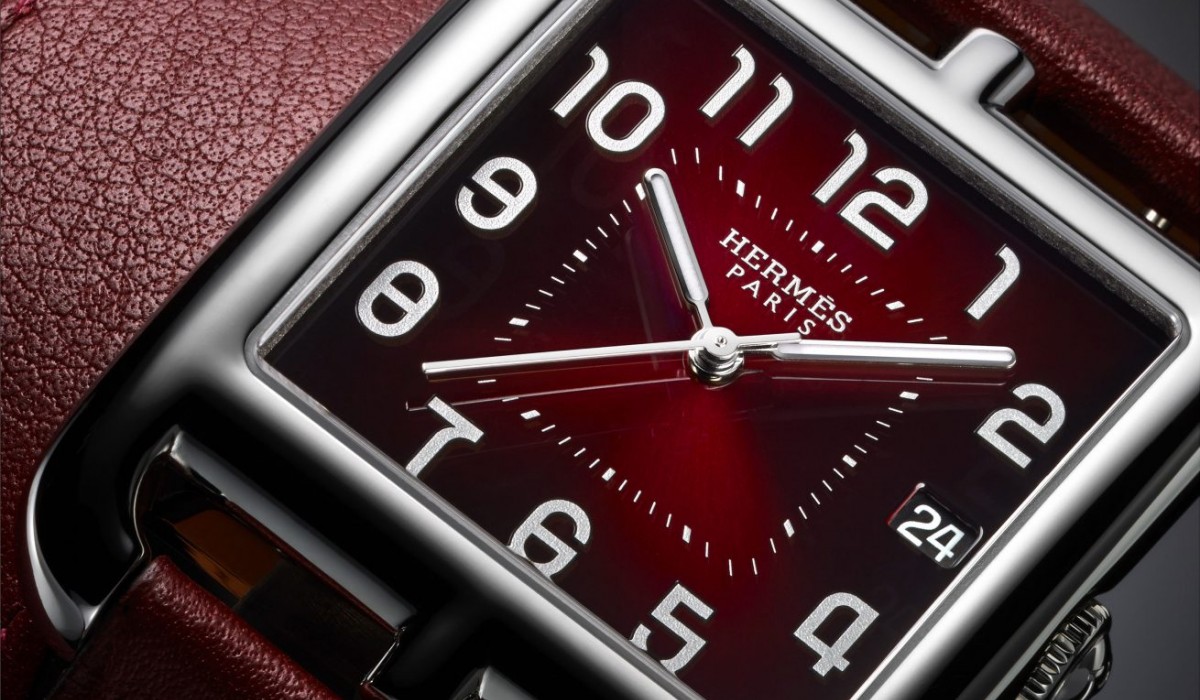 It might in fact seem somewhat bold to ask the age of an object that tells you the time, meaning which situates you in time. Yet the Cape Cod watch manages all this – its age, its youth, its appeal, its inherently unique nature – with splendid ease and aplomb. his design was born from a wild desire and a remarkable vision: that of a man who created it by designing a square inside a rectangle. Easier said than done, yet Henri d’Origny achieved it by drawing inspiration from the Chaîne d’ancre link. Undoubtedly because he is a free spirit and because the watch he envisioned – despite being more used to designing Hermès silk scarves – featured such a self-evident aesthetic that it achieved global fame. Its success was further increased by Martin Margiela’s novel idea for his very first Hermès runway show in 1998: adding a double-wrap strap that would later be known simply as the “Double Tour”. Sales skyrocketed and the Cape Cod watch became an icon, almost a style in its own right. Everything was possible; both men and women felt an immediate sense of kinship, doubtless driven by a sense of style and liberty. he Cape Cod watch lends itself to all manner of interpretations, notably including several new models in 2016 that are taking it further than ever before.

A new gemsetting technique and a new mother-of-pearl dial. A men’s model in a cuff-style wristband. New interchangeable single and double wrap-around straps, entirely hand-crafted in vivid colours: electric blue, iris, capucine, Veronese green, ultraviolet, tomato red… A new white lacquered dial teamed with straps distinguished by contrasting burnishing: red for a white calfskin version and white for a red goatskin interpretation. And last but not least, fine stone dials: onyx, used in equal measure by the Art Deco and Bauhaus art movements; and lapis lazuli which is a perfect match for the Cape Cod, the happy talisman that characterizes all life’s many choices and journeys.