In the Spider's Web 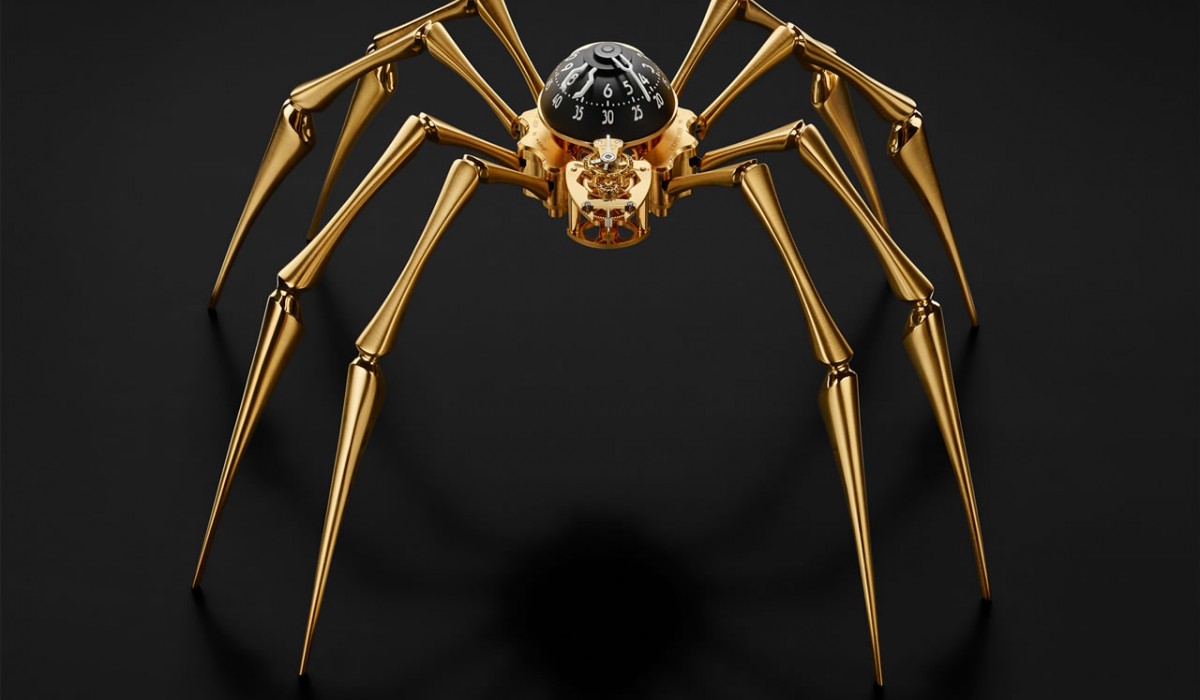 Reaching beyond the simple creation of a beautiful object destined to mark the time, Arachnophobia encompasses pure style and high technology. An exclusive work of art which becomes a representation of the owner’s personality and style as well as a tribute to the artist Louise Bourgeois. The clock, manufactured in a limited number of copies, in fact represents to scale the artist’s sculpture Maman (mother, in French) created in 1999 in stainless steel, bronze and marble. The mechanism, a modified movement boasting a power reserve of eight days, is housed within the abdomen from which extend eight legs, independent of one another, positionable at will to support the spider at different positions, both on a desk or wall. The body is outfitted with a black dome with white numerals depicting the time. The watch comes in two versions, burnished steel or 18k gold with a price tag of € 14,000 for the former and 17,000 for the latter.