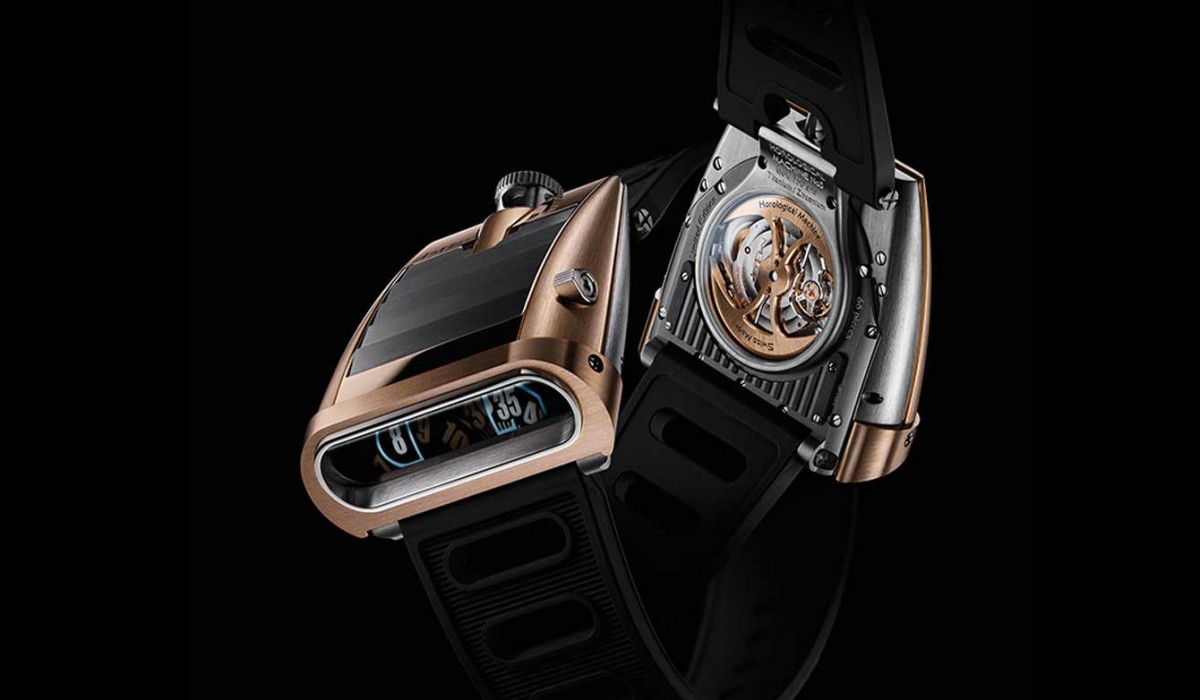 Horological Machine No.5 is the fifth chapter of the adventure in the world of haute horlogerie by Maximilian Büsser and  friends. HM n.5 is in fact a "watch machine" in which the design itself is understood as a complication. The appearance is that of a lateral quartz watch able to embroider its exact shape, although the heart is both mechanical and three-dimensional. HM5, also called 'On the road again' takes form and aesthetic elements from GT cars of the 70s. In particular those of the Lamborghini Miura, which incorporates sun visors on the back, although the tribute extends to some elements of the design of two other cars, the Lancia Stratos and the Lotus Esprit. The inspiration for supercars of forty years ago is emphasized by the exhaust pipes that are used in the case of immersion to drain water that enters from the outer case. The fins also have a practical function: by opening they allow light to penetrate and "load" the numbers covered by SuperLuminova on the hour and minute discs. The discs are vertically positioned on the same plane as the movement and not – as the optical illusion - vertically. The variation of the radius of the opening of the slats also determines the intensity of light of the dial. The movement of the mechanical heart is a three-dimensional development and allows you to adjust the jumping hours (pawl) both forward and backward. The average price of this unusual jewel, only 66 copies made, is about 54,000 euro. In any case, cheaper than a vintage Lambo.