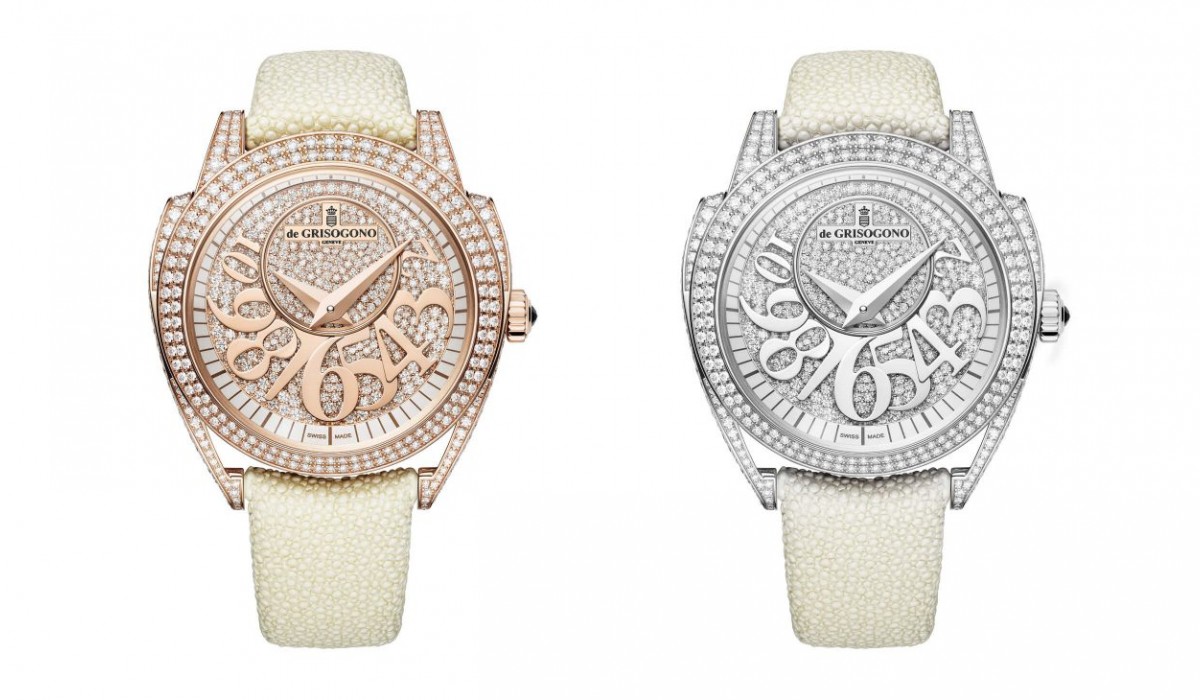 A collection of ladies’ timepieces that – like all the jeweller’s creations – naturally seem to have been part of the brand forever. They radiate an aesthetic that instinctively creates a strong sense of belonging, freely interpreting – from dial to case, from lugs to crown, from stylised Arabic numerals to the galuchat strap – the distinctive signatures that have for more than 20 years reflected the de GRISOGONO style.

“Creative design is about constantly reinventing oneself while remaining true to one’s identity", Fawaz Gruosi says, "preciously safeguarding the attributes of a distinctive and authentic character. Creating the unexpected, springing surprises. Introducing visual novelty while instilling a deep sense of continity and consistency”.

Women’s watch collections from de Grisogono feature more square watches than round ones, as confirmed by a glance at the Allegra, Sugar and Lovivi models, to mention only the exclusive feminine creations. The majority of them also flaunt dials free of any hour numerals. It is because it has a resolutely round case and eight unusual numerals that the new de Grisogono collection is named Eccentrica and because the design of this new model is based on several off-centered and nested circles of varying diameters, giving the watch an asymmetrical architecture stretching all the way to its lugs.