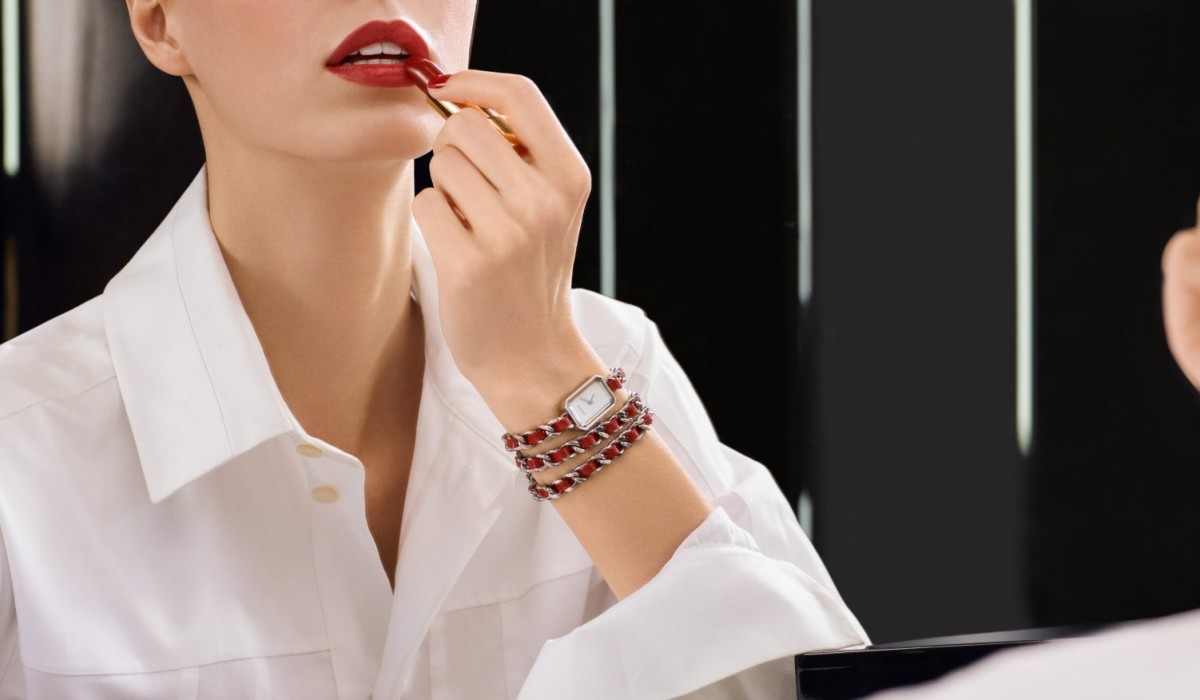 Since 1987, Chanel gives allure to time. Now, for the 30th anniversary of its watchmaking legacy, the French maison reinterpretes one of its most appreciated models: the Chanel Première.

Thirty years are not a long time to leave a mark in the history of luxury. But for Chanel, they were more than enough. The French House has defined a unique vision of Fine Watchmaking through the creation of watches conceived as objects of desire and beauty, without compromising the craftsmanship and technical expertise required to create exceptional timepieces. Timepieces designed to withstand the test of time.

In October 1987, when Chanel first created a watch, no one was expecting it. It was called Première. The watch, also embellished with beads, was inspired by the shape of the bottle for the famous perfume Chanel n° 5 and Place Vendome,where Cocò lived and worked; over the years, this collection also welcomed models with the "flying tourbillon" escapement in which the cage has the shape of the Camellia. The watch splendidly embodied femininity and reached far beyond its mete functional role. The sense of art and wonder that is, to this day, a hallmark of Chanel, is gracefully represented by the pearls, camélias, comets, quilting and ribbons enlacing the wrist. The Première also marked the beginning of a new model for feminine watchmaking. Here there's no room for licenses or subcontractors: everything is sketched, conceived, developed and made in-house.

The year 2000 welcomes a new revolution signed Chanel: the J12. Created in black ceramic, the J12 shocked and enchanted the world with its resolutely indelible black and the supple link strap capable of adjusting to the body’s temperature. High tech ceramic had finally become a precios material, and the color black a quintessential code in the language of luxury. Three years later, with the creation of the immaculate and opalescent white J12, the French maison also reinvented the colour white, making it the must-have color in watchmaking for the next decade.

In 2012, to mark its 25th anniversary, the Première watch was given a flying tourbillon. This Chanel moment created a new momentum and defined a milestone in our watchmaking journey. Through the creation of the Première flying tourbillon, Chanel invites women to enter the world of highly complicated timepieces. In the years to follow, Chanel presented tourbillons of diamonds, stylized in the form of a Camélia or a Comet, never-before-seen watchmaking complications. With technology on hand to serve creativity, Chanel has no limits. Innovations come in quick succession. In 2015, the Boy-Friend watch reimagines the androgynous codes of feminine watchmaking. A watch that is masculine in appearance, but totally dedicated to women. Once again, creating a timepiece that surprised everyone.

In 2017, Chanel Horlogerie turns thirty. Only thirty, yet still that same desire to push further and reach higher. The House proudly introduces its second in-house caliber, reinterpreting the Première watch and elevating it to a new level of Fine Watchmaking. The new skeleton movement, in deepest black, is one of a kind. Representing the camellia, one of the iconic symbols of the House, this new timepiece is an expression of the liberty of the Studio of Creation. Only thirty, yet still that same desire and passion to create. At the end of 2017, the French maison will launch a new aesthetic, a timepiece celebrating one of the most recognizable codes of the House, to be worn unexpectedly on the wrist. Year after year, Chanel keeps transcribing the allure of time like no others.