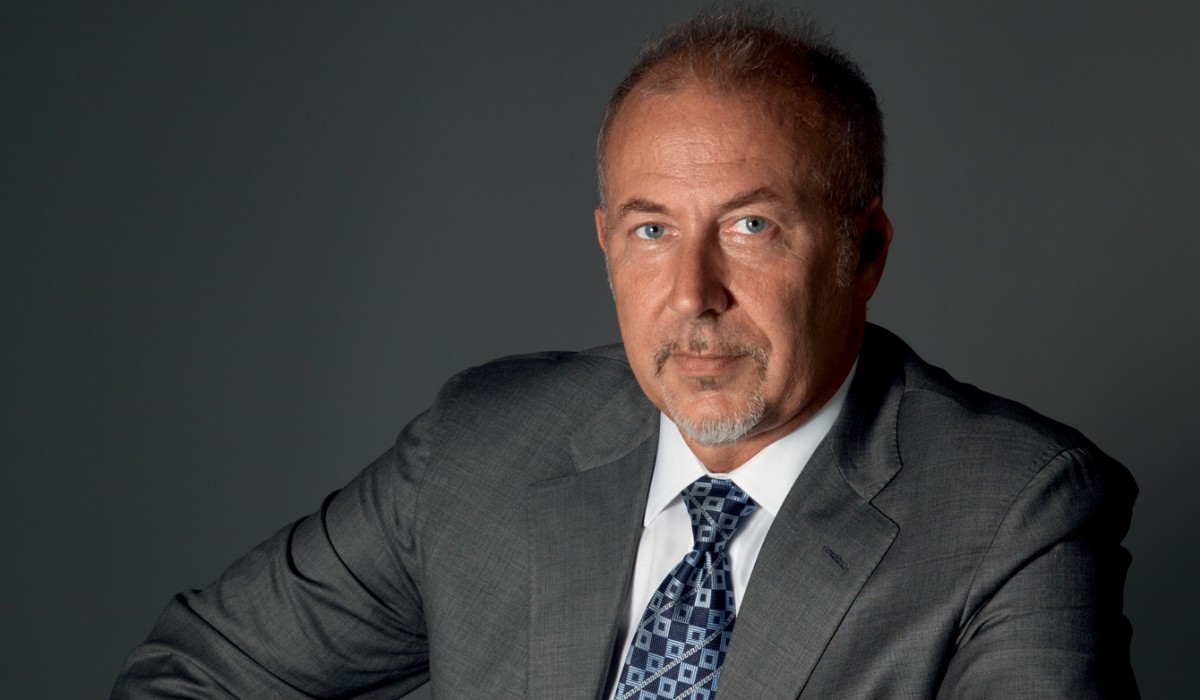 The Italian high luxury fashion house, Versace, is renowned throughout the world for its bold, colorful clothing and accessories. Some people may be surprised to learn that the company’s products also include fashion watches. In fact, it was one of the first international fashion houses to create watch lines.

The watch business is now 25 years old and for its anniversary the company is celebrating in a big way. At Baselworld the company unveiled the DV-25 watch. The steel case with a yellow gold finish features all the iconic symbols of the fashion house: the Greek key engraved on the bezel and dial, the studs set around the entire inner perimeter, the Medusa head in relief on the crown, and the V-shaped inserts applied to the strap. Available in black and white colors, the DV-25 indexes are adorned with diamonds and sword-shaped hands powered by a Swiss made quartz movement. The back of the case is adorned with “DV 25,” marking the anniversary. In addition, to main collection, the DV-25 is also available in two limited editions. The first has a 30 mm per side bezel adorned with full pavé diamond and Greek key engravings. It is available in a black or white model. A total of 150 pieces will be produced. The second was the big unveiling at Baselworld, the top-of-the-line DV-25, known as the ‘talking-piece.’ It is a jewelry watch housed in an 18k gold case measuring 34 mm on each side, decorated by 28 baguette-cut diamonds on the bezel, in addition to a full diamond pavé crown. This particular watch has an automatic movement with special chiseled customization. Only two copies of this watch have been made and neither is for sale. The first is for Donatella Versace, Versace’s artistic director and the second will be donated to a charity.

Paolo Marai Vertime, President & CEO Timex Group Swiss Luxury Division, a division of Timex that is responsible for the design, manufacturing and distribution of Versace watches and the fashion house’s more affordable watch brand, Versus, says 25 years is an important milestone. “In the watch industry, with its history and culture, 25 years is kind of silly. But for a fashion brand, it is one of the few who can celebrate such an anniversary in watches,” he said. “These watches reflect the history of the company while having a contemporary look.” Marai credits the success of the Versace watch business to the founder of Versace, the late Gianni Versace, whom he says had the vision to create quality timepieces as a fashion accessory.

Marai is upbeat about Versace’s watch business, saying its best years are to come, particularly in the United States—currently Vertime’s third largest market with Saudi Arabia by far the number one market. He says that for the past two years the company has been investing heavily in America and he expects 2015 to be a big year. “We see a huge opportunity in the US,” Marai said. “We’ve achieved good results during our initial expansion (in 2013) and now we are poised to expand exponentially,” adding that “the key our success is the quality of our products.” Part of the reason he’s optimistic is because the market for Versace watches ranges from 25 to 45 years of age. “That’s quite a wide range of people,” he says. Of course, the DV-25 wasn’t the only watch unveiled in Baselworld. In fact the brand introduced a number of collections, all of them featuring the iconic Versace Medusa head in a number of ways. For example, the Dylos Limited Edition jewelry timepiece has a dial that is mostly covered by a guilloché sunray gold-plated guard with the Medusa head in 3D. It uses an automatic movement and is available in two versions: IP gold with a black dial, or two-tone with a white dial, limited to 500 pieces worldwide. Meanwhile, the Medusa head of the Khai watch sits in the center of the dial, against a chiseled diamond pattern background and surrounded by an area decorated with a guilloché sunray design. The top-of-the-line model has a diamond-adorned bezel, red topaz-studded indexes and burgundy strap. The black enamel dial of the Vanitas watch features baroque decoration that stands out against a background of stitches in relief with the Medusa head. The V-Helix watch incorporates a more discreet Medusa head at 6 o’clock. The dial of the V-Metal Icon 46 mm men’s watch is embellished by a centrally set coin bearing the Medusa head, surrounded by a guilloché sunray pattern and the concentric Greek key design.

The talk at Baselworld this year was the smart watch. Part of Marai’s job is to look at trends and he sees smart watches as having an important future in the watch industry.

However, he isn’t impressed by the first generation products that are available, including the much publicized Apple Watch. “It will definitely be part of the business in the future but they have not changed the market yet,” he says. He says there are two significant problems with smart watches right now. They are essentially a “phone on a wrist,” and the battery life is too short. “It is not yet a real solution.” He says the turning point for the smart watch will be when it combines an analogue watch with digital information stored on the glass the covers the dial. For example the digital information will appear on command when the person taps the clear watch screen, he says. The technology is available it just has to be adapted for this specific purpose. “You’ll be able to add it onto any type of watch.”