21 Years of Shaun Leane in a Book

London’s boundless energy, goldsmith training, the collaboration with Alexander McQueen: Shaun Leane reveals all in a book that celebrates his company’s twenty-first anniversary. A book destined to influence future generations of jewelers

Creating something new and precious with an eternal flavor has always been Shaun Leane’s dream since he launched his homonymous brand in London in 1999. Twenty-one years later, a book testifies and celebrates the company’s success: 320 pages of undisciplined beauty that, through the words of three exceptional authors - Joanna Hardy, Claire Wilcox and Vivienne Becker – as well as Shaun himself, tell the story of a tenacious artisan ability and the courage to go beyond the standards of classic jewelry to create something new.

A book to celebrate the 21st anniversary of the house of Shaun Leane… What does this publication mean to you?
Twenty-one years of Shaun Leane, my 50th birthday and also the 10th anniversary of my dear friend, the late Alexander McQueen. These pivotal moments made me want to reflect back on the beauty of the different facets of my career that shaped and helped me evolve to be the designer, craftsman and house we are today. Over the years, it has been incredibly flattering speaking with students who now reference my work - it fills me with pride to think that this book could become part of a blossoming new jeweler’s collection and inspire and provoke them, as much as I am by the beautiful books in my own library.

Which are the books that inspired you most?
In terms of jewelry books, I am inspired by JAR’s two volumes. His exquisite designs, his fusion of materials and courage to explore new materials in a world of high jewelry have inspired me since I first discovered JAR in 2002 at his Somerset House exhibition. The book “Mapplethorpe: The Complete Flowers” inspires me because it captures nature in its purest simplicity. Literature is such an important part of my inspiration; the complete works of Oscar Wilde has always inspired me.

Back to your the book, how would you describe it?
The book is a real demonstration of what can be achieved if the fear of the impossible is removed. It’s a visual journey of how I embraced my goldsmith training and skills and used them as a tool to push boundaries in the concept of jewelry design, whether that is in classical jewelry, fashion or architecture.

What are the milestones that have contributed to the evolution of the brand?
The first was my goldsmith training, as this was the foundation of my career. The second one was working with Alexander McQueen, he gave me total creative freedom to explore the possibilities of my craft and design without any conceptual constraints. This allowed me to grow as a craftsman with new materials and techniques and as a designer to explore new silhouettes and forms. The third milestone was my collaboration with Boucheron. This allowed me to apply my new aesthetic to high jewelry and I was able to discover that my way of working belonged in the world of high jewelry.

What was it like working with Alexander Mc-Queen, a real genius?
Lee was a huge influence to me. From him I learnt that if you have a skill, vision and passion you can break the restrictions of a traditional discipline to create the new. Back in the 90s, Lee had given me a platform where there were no boundaries, where I could experiment and explore, and push my design and craftsmanship to the ultimate. He taught me to be fearless, push boundaries and that nothing is impossible. He was a great influence and still is today, because when I design and create, I always think of where he would have taken it to.

Talking about the creative process. How do you go about creating a Shaun Leane piece?
The sentiment and romance in literature and poetry as well as the strength and fragility in natural organic forms hugely inspire me. These ideas are reflected in my collections combining traditional jewelry craftsmanship with avant-garde ideas; creating jewelry, which symbolizes modern romance. Art is another aspect of my inspiration. I feel that art, fashion, architecture, and all elements of design feed each other. When you are a designer, your eyes are always searching for inspiration and it is all around us.

Speaking of creativity, how important has it been living in London?
At the beginning, I was part of a movement that was happening in London in the creative fields. At that time in the 1990s, there was a movement in fashion, including designers such as McQueen and Hussein, there was a movement in music with artists such as Pulp, Bjork and Oasis and there was a movement in art with Sam Taylor Wood, Tracey Emin and Damien Hirst. I was surrounded by those energies – which fed my fearlessness to approach jewelry the way I did within my creative field. To me, London is one of the forever evolving cities in the world. It is always changing culturally, architecturally and most importantly, it has a never-ending energy.

A tip for those who will buy your book?
I feel that once the first page is turned the first image provokes the question of “what is jewelry” in my world. Hopefully instinctively you will want to turn page by page to see the answer unfold. 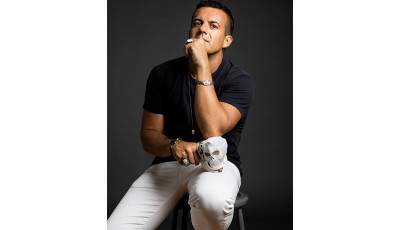 Amedeo Scognamiglio About Innovation In Jewelry 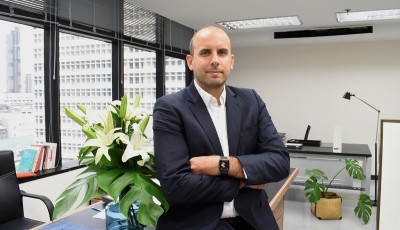 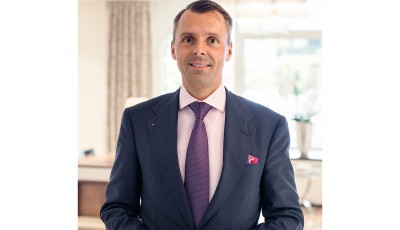 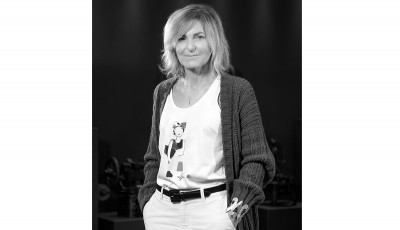 Where, How and Why it is a Duty to Aim at an Ethical Product?